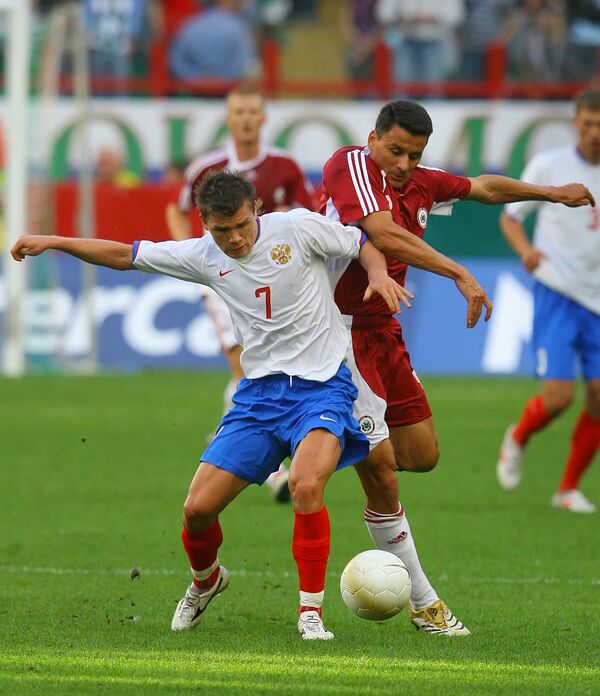 Sporting Lisbon midfielder Marat Izmailov could yet earn a recall to the Russian national team for Euro 2012, an assistant to coach Dick Advocaat said Saturday.

But when posed with a question phrased to rule out Izmailov's participation at Euro 2012, Bert van Lingen, an assistant to the Russia coach, warned against hasty conclusions.

"It seems you are prematurely stating that Marat Izmailov of Sporting will not be called into the national team," van Lingen said in his comments on the site of the Russian Football Union, where he is a technical director

"The team still isn't finalized. Every week we are following all potential candidates, including Izmailov," he wrote.

Izmailov, joined Sporting from Lokomotiv Moscow in 2007, scoring 13 goals in 74 appearances. He has played 13 games this season.

At Euro 2012, which kicks off June 8, Russia faces co-host Poland, the Czech Republic and Greece. Their potential quarterfinal opponents include Portugal, the Netherlands, Germany and Denmark.

Fans may get a clue as to the squad before the tournament starts, as Russia prepares for three pre-tournament friendlies against Uruguay on May 25, Lithuania on May 29 and Italy on June 1.