Russia: No Plans to Pull Out of INF Treaty 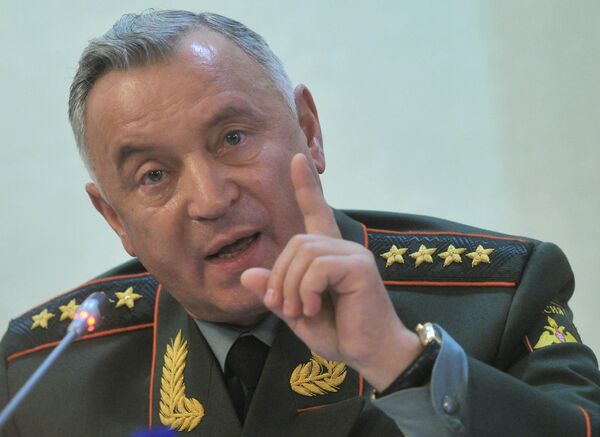 © RIA Novosti . Alexandr Utkin
/
Go to the photo bank
Subscribe
Russia has no plans to pull out of the Intermediate Range Nuclear Forces (INF) Treaty in response to a European missile defense system, the chief of the General Staff said on Thursday.

Russia has no plans to pull out of the Intermediate Range Nuclear Forces (INF) Treaty in response to a European missile defense system, the chief of the General Staff said on Thursday.

“We are not considering yet the issue of withdrawing from the treaty on the elimination of intermediate-range and shorter-range missiles,” Army Gen. Nikolai Makarov said at a missile defense conference in Moscow.

“The treaty has had a serious stabilizing effect on the European continent.”

He also said Russia has no plans to resume the manufacture of intermediate- and shorter-range missiles.

He said earlier in the day that Russia does not exclude preemptive use of weapons against NATO missile defense systems in Europe, but only as a last resort.