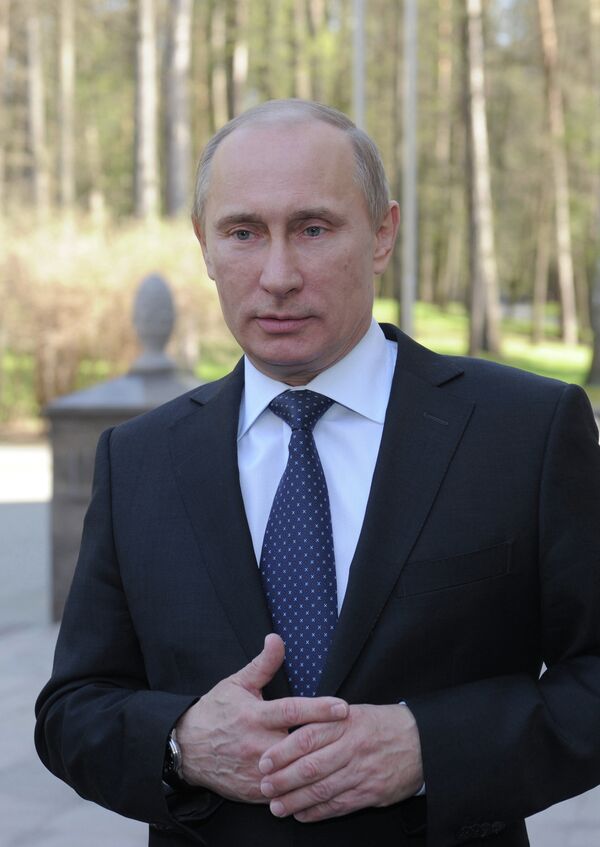 Tymoshenko, who is serving seven years in jail for abuse of office, has severe back pain and cannot walk. Doctors from Germany's Charite clinic who examined her last Friday diagnosed Tymoshenko with “an acute form of disk herniation."

However, Ukraine’s Prosecutor General’s Office declined the invitation, saying Ukraine's Constitution does not provide from inmates to receive medical treatment abroad. “Russia or Germany – it does not matter, the procedure is the same,” an official spokesman said.

Putin also responded to calls for a boycott of the summer's European football championships in Ukraine by saying that sport and politics should be kept separate.

Russian President Dmitry Medvedev has many times reiterated that Tymoshenko’s trial is unacceptable, his spokeswoman Natalya Timakova said on Thursday.

German Chancellor Angela Merkel reportedly threatened last week to ban her ministers from attending games in Ukraine, while European Commission president Jose Manuel Barroso has vowed to stay away amid concerns about the Tymoshenko's treatment.

“In absolutely every case, you can’t mix politics, business and other issues with sport,” Putin said when asked about the dispute at his residence outside Moscow.

“I stick to the principle professed and supported by the International Olympic Committee – sport is outside politics.”

Poland and Ukraine are co-hosting the Euro 2012 soccer tournament, which begins June 8. It is one of Europe's premier sporting events.

Opinion in Poland is split over the boycott issue.

Kaczynski suggested that games should be moved from Ukraine, although UEFA tournament director Martin Kallen appeared to rule this out in comments Monday.

The comments put Kaczynski, head of the opposition Law and Justice party, at odds with Polish President Bronislaw Komorowski, who said a boycott was “inappropriate” in comments on Polish television Wednesday.