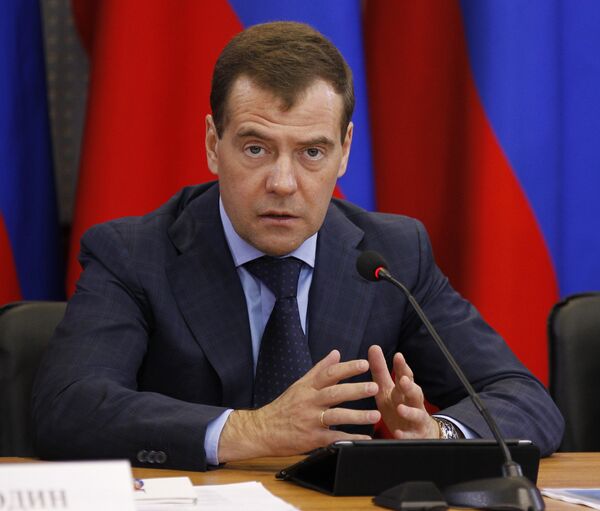 "Conflict of interest is being largely ignored. I think there should be a tougher variant and, probably, we should even introduce a criminal responsibility for not reporting about it,” Medvedev said.

Medvedev was told at a meeting of the Presidential Council on Human Rights that many officials do not report about conflict of interest.

Human rights activist Yelena Panfilova, who delivered a report on corruption in Russia, said many officials have a vague understanding of the conflict of interest while it “flourishes.”

The Presidential Council on Human Rights held its last meeting under outgoing President Medvedev on Saturday.

Medvedev, likely to become prime minister after President-elect Vladimir Putin is sworn in on May 7, expressed confidence that the Council would continue working as usual.