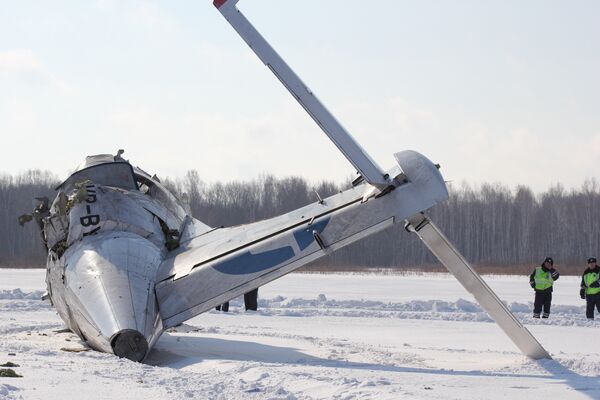 “Weather conditions contributed to ground icing of the aircraft, but the ATR 72 did not undergo deicing,” Izvestia reported, citing a Rostransnadzor spokesman.

The UTair ATR 72 crashed on early morning on a flight from Tyumen in Western Siberia to Surgut. Thirty two people died in the crash and eleven survived but were severely injured. Another passenger died in hospital weeks later.

During the investigation, Rostransnadzor found a number of UTair planes had not been deiced during freezing weather conditions. Rostransnadzor also revealed violations of working time, training failures, and lapses in maintenance.

Rostransnadzor issued a notice on April 9 advising UTair against operating all ATR 72 variants. UTair replied that it carefully carried out Rostransnadzor's recommendations, and would continue flights with ATR 72 aircraft all variants built in 2011-12.

According to Izvestia, Rostransnadzor said the plane waited for its flight for about six hours overnight on the apron at Tyumen’s Roshchino airport. It was snowing and raining, and a gusty wind was blowing with temperatures around zero.

Airframe icing can occur in a temperature band from minus 12 to plus 4 Celsius, causing aircraft's wings to lose lift and controls to malfunction.

Icing was also attributed as the cause of two earlier fatal crashes involving the ATR 72.