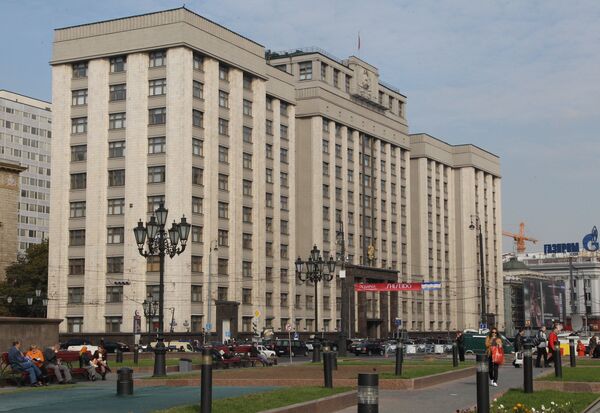 The Russian State Duma on Wednesday passed in the third and final reading a law on direct elections for governors.

The Russian State Duma on Wednesday passed in the third and final reading a law on direct elections for governors.

The bill was introduced by President Dmitry Medvedev to the lower house of parliament on January 16, 2012 and is to be considered by the upper house, the Federation Council, on April 27.

Until now governors have been nominated by the president and confirmed by the regional legislature, in line with the amendments introduced during the second term of then-President Vladimir Putin.

Under the new law, to qualify, a nominee must have the support of 5 to 10 percent of municipal lawmakers in at least three-fourths of municipalities in a region. The exact percentages will be determined by the individual regions.

Independents must collect signatures from 0.5 to 2 percent of the electorate in order to qualify as candidates.

The law gives the president the right to "consult" with the parties that nominate candidates and with independent candidates.

Only Russian citizens at least 30 years of age who have never been convicted of a grave or especially grave crime are eligible.

A sitting governor can be dismissed if 50% of voters in a region reject the governor in a special recall election supported in petitions signed by at least 25% of voters.

The bill restricts governors to two consecutive terms in office.