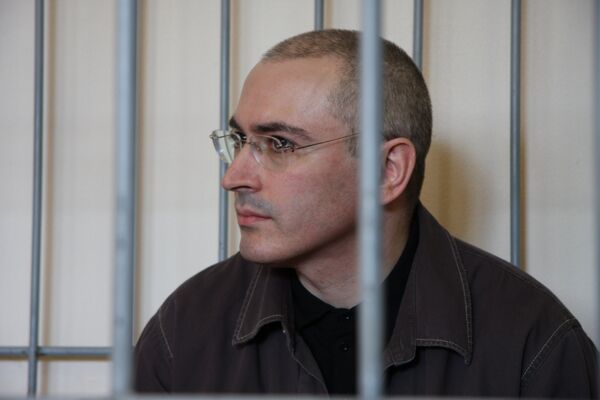 Jailed Russian tycoon Mikhail Khodorkovky will help the nascent Social Democratic movement to draw up its program, co-founder of the movement Yelena Lukyanova said on Wednesday.

“We are starting work on a program for law-enforcement and judicial reform, and I think that Mikhail Borisovich Khodorkovsky will join us,” said Lukyanova, who is also Khodorkovsky’s lawyer. “A lot has been done, and it should now all be put together.”

The movement gathered for its founding session in Moscow on Tuesday. It unites various parties and organizations of socio-democratic and left-wing views.

Lukyanova said her client had not said yet whether he would join the Left Alliance personally as a member.

“The movement's statement already laid down a number of his [Khodorkovsky] left-wing views,” the lawyer said in a reference to the articles the ex-chief of the former Yukos oil giant wrote while in jail.

Apart from Khodorkovsky, work on the program will unite a great deal of people, including well-known London-based businessman Alexander Lebedev.

“But I hope we will find a consensus,” she added.

Earlier, the organizing committee of the movement and leader of A Just Russia party Sergei Mironov said Left Alliance would be based on A Just Russia.

The Communist Party members did not attend the founding session on Tuesday.