Murray Reaches 3rd Round in Barcelona 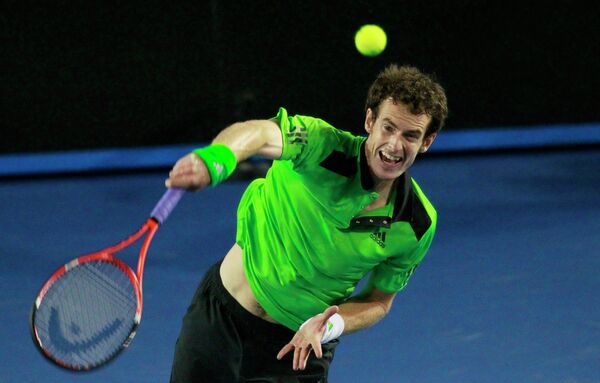 World No. 4 Andy Murray has reached the third round of the Barcelona Open after defeating Ukraine’s Sergiy Stakhovsky on Tuesday.

World No. 4 Andy Murray has reached the third round of the Barcelona Open after defeating Ukraine’s Sergiy Stakhovsky on Tuesday.

Murray won 6-3, 6-2 to continue an unbeaten record in four games against the world No. 68 and set up a third-round tie with either Dutchman Robin Haase or Colombia’s Santiago Giraldo.

Murray has played Haase twice, losing his first meeting with the current world No. 45 in Rotterdam in 2008 before winning in five sets at last year’s U.S. Open. The Scot has never faced 54th-ranked Giraldo before.

Rafael Nadal will start his search for an eighth Barcelona title in nine years when he plays fellow Spaniard Gabriel Garcia-Lopez in the second round, after receiving a bye in the first round.

Elsewhere in the draw, Russian world No. 82 Igor Andreev will be the underdog in his third match against 11th-ranked Canadian Milos Raonic after defeating Argentina’s Diego Junqeira 6-2, 6-3.

Andreev is the lone Russian left in the draw after world No. 90 Igor Kunitsyn was upset 7-6(5), 6-3 on Monday by Portugal’s Joao Sousa, who is ranked 50 places below him.

The other Russian in the draw, Evgeny Donskoy, fell 6-2, 6-3 to Stakhovsky in the first round Monday.