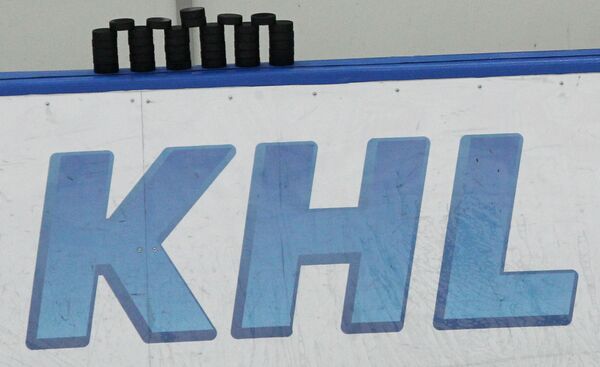 The Lev ice hockey team has applied to rejoin the KHL after relocating to the Czech capital Prague, the league said Monday.

The Lev ice hockey team has applied to rejoin the KHL after relocating to the Czech capital Prague, the league said Monday.

Lev began life as a project to create a Czech hockey club to compete in the KHL, but played its first season in Poprad, Slovakia, after a dispute with Czech hockey authorities that has now been resolved.

Under KHL rules, the move to Prague means the team is required to reapply for membership.

KHL president Alexander Medvedev said in March that the team would play in the 17,000-seat O2 Arena in Prague, a big expansion from its 4,500-seat arena in Poprad.

Lev failed to make the playoffs in its debut year, finishing 21st of 23 teams.

The KHL is already assured of representation in a new country next year after granting a place to Ukrainian team Donbass Donetsk, Medvedev said earlier this month.

Seven-time Slovakian champion Slovan Bratislava submitted an application in March, while HC Poprad is keen to take over Lev’s former fanbase, but has not officially applied to the KHL.

Italian team Milano Rossoblu has put its plans to join the league on hold due to concerns about the team’s financial stability and relatively small home arena, Ilya Kochervin, the KHL’s vice-president for commerce and communications, said last week.

The Gagarin Cup final will be decided in a seventh game Wednesday between Dynamo Moscow and Avangard Omsk, who are tied 3-3 in the series.