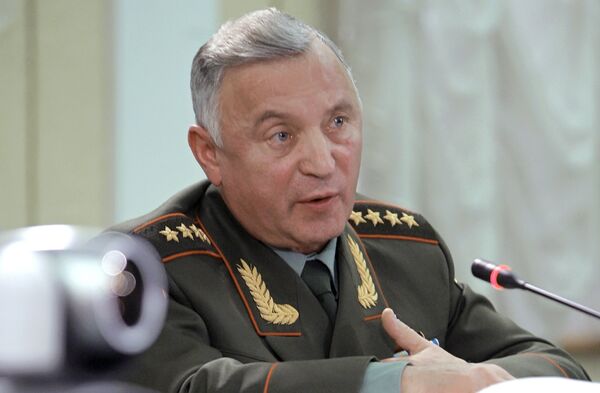 Russia's military leadership has for the first time acknowledged a nuclear threat from Iran and North Korea.

Russia's military leadership has for the first time acknowledged a nuclear threat from Iran and North Korea.

“The threat is always there, so we closely monitor the nuclear program developments of many countries," Army General Nikolai Makarov, the chief of the General Staff, told RT television.

"The analysis that we conducted together with the Americans confirms that, yes, there is a probability that the threat exists. And we agreed that it is necessary to create a missile defense system,” Makarov said.

The Russian Defense Ministry has previously held that there is no nuclear threat to Europe and Russia from Iran and North Korea, because they do not have the capacity to build nuclear weapons or deliver them.

“Many countries that claim not to possess nuclear weapons do in fact have them,” Makarov said.

“Certainly, if it gets into the hands of extremists, it represents a threat to international security,” Makarov said.

He added that in order to counter these threats, Russia is ready to work together with other countries.

“Let's solve this problem. Let us work together to get rid of the threats that may arise, not only for Europe but for Russia because we too are part of Europe,” the general said.

U.S. and other Western countries suspect Iran of developing nuclear weapons under the guise of peaceful nuclear energy program. Tehran denies the charges, saying its nuclear program is aimed at meeting the country's electricity needs.