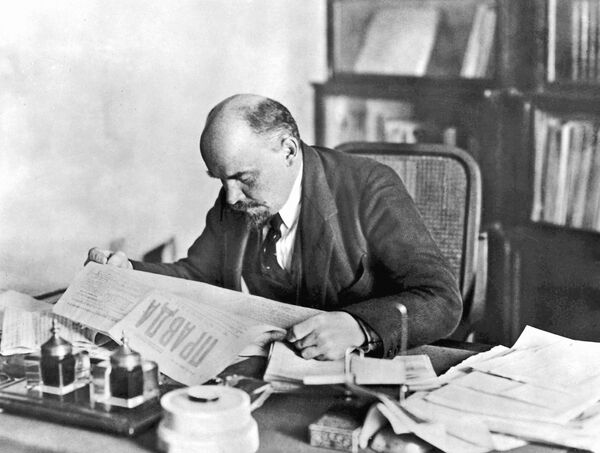 The monument is in the town of Riesa, about 70 kilometers from Leipzig.

The demand to remove it came from local museums.

Siegfried Reiprich, chairman of the Foundation of Saxon Museums, said that Lenin needs to be removed because millions of people fell victim to his ideology.

His opinion is shared by Jens Nagel, director of the memorial at the former Soviet POW camp in Zeithain not far from Riesa, who said that Lenin was the founder of the 20th century's first dictatorship and bears responsibility for the civil war terror. There is no place for monuments to him in a democratic state, Nagel said.

In 1991 the monument was moved from the central square to a Russian cemetery. The problem for the German authorities now is that in accordance with international agreements they are supposed to preserve Soviet military graves.

The city authorities want to prove that the Lenin monument is not part of the cemetery and can be dismantled.