Cat Goes into Politics in Urals 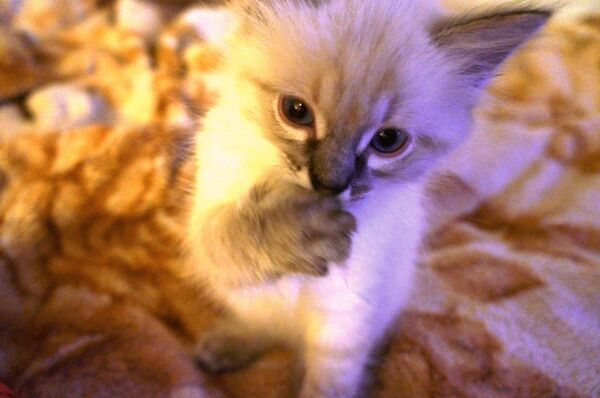 Jumping on the political bandwagon, a cat in Russia followed the example of a fellow Virginia-based feline to launch a political career, aiming for a seat in the legislature of the country’s fourth-biggest city.

Jumping on the political bandwagon, a cat in Russia followed the example of a fellow Virginia-based feline to launch a political career, aiming for a seat in the legislature of the country’s fourth-biggest city.

“He’d definitely win the vote,” said Ivan Kolotovkin, a spokesman for the three-month-old Bublik. “He’s neither left nor right, and will never be affiliated with any party.”

The kitten’s political ambitions were announced this weekend on Vkontakte and Facebook social networks. Between the two, both Bublik pages collected just under 200 supporters as of Monday evening, but “likes” were accumulating fast, Kolotovkin said.

A rally of Bublik supporters will take place shortly in Yekaterinburg, the unofficial capital of the Urals region, the cat’s spokesman said.

So far, Bublik’s campaign program has not gone beyond anti-neutering and lower cat food prices.

But Kolotovkin said the cat will carefully study the political environment and proposals by his supporters to formulate a platform that would appeal to human constituencies.

Bublik – a white black-nosed tabby whose name roughly means “bagel” – is likely to kickstart his career through the legislative elections in Yekaterinburg, a city of 1.4 million, set for March 2013.

“He’s the best because he’s the only politician who gives no promises,” said Kolotovkin, who is incidentally also the kitten’s owner. “He mostly keeps silent, you see.”

Bublik and his owner do not hide the fact that they were inspired by Hank, an eight-year-old Maine Coon who is running for Senate as an independent candidate in his native Virginia.

Hank’s campaign promises of fighting joblessness and “milk in every bowl across this great nation” earned him more than 21,000 likes on Facebook. The Senate elections are set for November 6.

Hank and Bublik are the first cats in recent memory to dabble in politics, but before them, there were Woodrow and Percy, dogs who ran for the Texas governorship in 2010 and a seat on the Congress in Florida in 2002, respectively. Both lost the vote.

Before them, there was also Incitatus, the favorite horse of despotic Roman emperor Caligula who made the equine a senator in the 1st century A.D. and put it forth for consulate, but was murdered before he sealed the nomination.