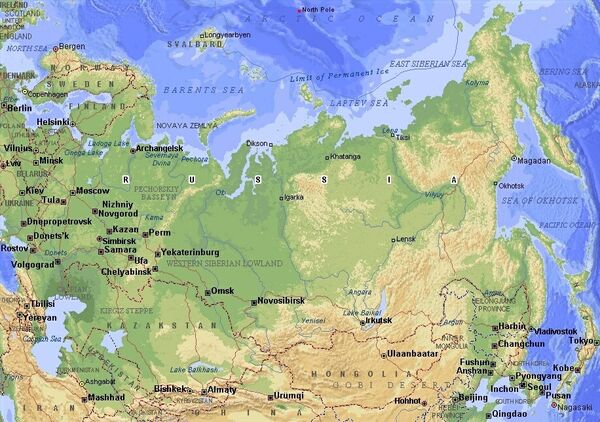 A new development plan for Russia’s depressive eastern Siberia and the Far East will usher in a mega-corporation partially exempt from federal legislation and subordinate only to the president, Kommersant business daily reported on Friday.

A new development plan for Russia’s depressive eastern Siberia and the Far East will usher in a mega-corporation partially exempt from federal legislation and subordinate only to the president, Kommersant business daily reported on Friday.

The bill to create the state corporation, already given the nickname “Far Eastern Republic,” was finalized by the Economic Development Ministry and filed with other ministries for approval, said the daily which obtained a copy of the bill.

The corporation will cover 16 regions encompassing more than 60 percent of Russia’s territory, the report said.

It will have the power to distribute mining licenses bypassing state tenders, which are obligatory elsewhere in the country. This includes many prominent ore deposits, among them Sukhoi Log, the country’s biggest gold deposit.

The corporation will also enjoy massive tax breaks and receive shares of other state companies as investment. Kommersant said earlier its assets may amount to 500 billion rubles ($17 billion) in shares.

No federal or regional state agencies will be allowed to intervene with the corporation, though the Audit Chamber will be able to hold checks into its operations. The company’s head and supervisor board will be appointed by the president.

It remained unclear on Friday when the bill may be passed, or who will head the corporation.

Prime Minister and President-elect “Vladimir Putin said [at a recent governmental meeting] that any of the people present, including [First Deputy Prime Minister Igor] Shuvalov and [Regional Development Minister Viktor] Basargin, can become the director” of the corporation, an unnamed government official was quoted by Kommersant as saying.

Development of the Russian Far East was named by Putin in his report to the federal parliament among the five economic priorities for his upcoming presidential term.

Russia’s eastern reaches have existed in a state of perpetual economic downturn since the Soviet Union’s collapse. The population of the Far East Federal District has decreased 20 percent to some 6 million between 1991 and 2011, according to governmental daily Rossiiskaya Gazeta.