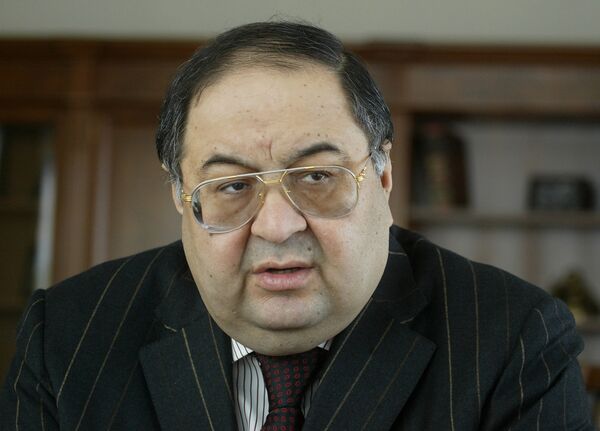 Russian mining magnate Alisher Usmanov has become Russia’s wealthiest businessman according to the 2012 Rich List published by the Russian edition of Forbes magazine on Thursday.

Russian mining magnate Alisher Usmanov has become Russia’s wealthiest businessman according to the 2012 Rich List published by the Russian edition of Forbes magazine on Thursday.

Usmanov, the owner of Metalloinvest metals giant and a major shareholder in London's Arsenal Football Club, has climbed to the top spot from the fifth place, after increasing his wealth from $17.7 billion last year to $18.1 billion.

He overtook Vladimir Lisin, the owner of Novolipetsk Steel firm, who had held the first place in the past two years but has now fallen to the second spot with his wealth falling from $24 billion to $15.9 billion.

Alexei Mordashov, the main shareholder and CEO of Severstal steel giant, ranks third in the Forbes Rich list with $15.3 billion.

Mikhail Prokhorov, former presidential candidate in the March elections and owner of Onexim Group, has dropped from the third to seventh place as his wealth has contracted from $18 billion to $12.4 billion.

The average age of Russia’s richest entrepreneurs is 50. The youngest "billionaire" is Deni Bazhayev aged 16 who ranks 127th with a fortune of $750 million. The eldest is Vladislav Tetyukhin aged 79 who ranks 153rd with $650 million.

The other top ten Russian businessman include Vladimir Potanin, owner of Interros investment company, who ranks fourth with wealth of $14.5 billion. He is followed by Vagit Alekperov, key shareholder and CEO of LUKoil oil firm with $13.5 billion, Mikhail Fridman, owner of Alfa Group, with $13.4 billion.