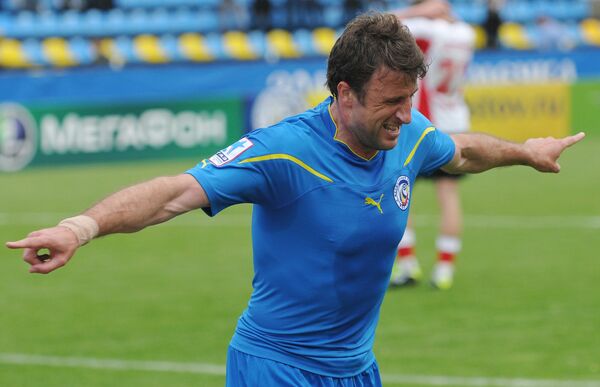 Several, including Bosnian international midfielder Dragan Blatnjak and Henry Hagush, complained in March about unpaid wages and bonuses, which they said stretched back several months.

"I was just called and informed that the most acute problem is solved," Rostov general director club Yuri Belous said. 'The rest of the debts have started to be paid off as well."

The Russian Football Union had threatened to dock points over the issue earlier this week.

It was the fifth time Balakhnin, 56, had been dismissed as Rostov coach, and, coincidentally, it was Baidachny, 59, who took over after the first time in 2001.

Rostov is 12th of 16 teams in the Russian top flight, 11 points above the automatic relegation places, but only five above 14th-placed FC Volga, who will face a relegation playoff if they finish in that position.