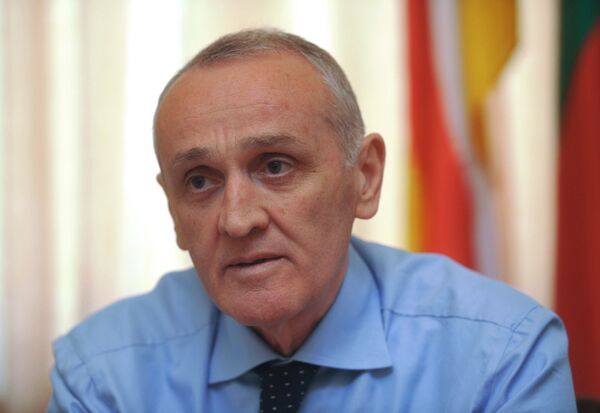 Timur Khutaba, 42, was found dead in the pre-trial detention center of the republic’s security service where he had been placed as a suspect in the attempted assassination of President Alexander Ankvab in February.

A roadside bomb was detonated while the presidential escort was traveling from Gudauta to the capital Sukhumi in the morning of February 22, killing two security guards. Ankvab was unhurt.

“An examination proved that Khutaba hanged himself in a noose made out of his own clothes (t-shirt). No other injuries were found on his body,” the prosecutors’ press service said.

The prosecutor's office also confirmed another suspect in the case, Murtaz Sakaniya, 36, had tried to commit suicide by cutting his throat on Tuesday in Gudauta, Abkhazia after he was summoned for questioning.

On Tuesday, local prosecutors said another suspect in the case, the former police chief of Abkhazia, Almasbei Kchach, allegedly shot himself in his apartment in the city of Gagra after being linked to the assassination attempt on Ankvab.

Kchach's body was found in his apartment clutching a gun with a shotgun wound to his head, prosecutors said in a statement.

In all, six people have been held as suspects in the case. Two suspects were later released.