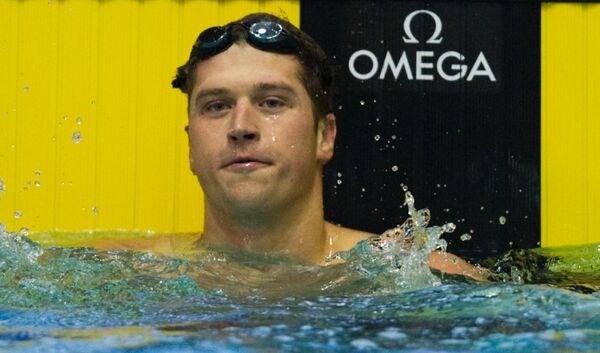 Lobintsev finished 13th in the 400 meters after failing to reach the final on the opening day of the trials, where he is also scheduled to compete in the 100- and 200-meter races.

There are now doubts over who will represent Russia in the 400 meters in London, after eventual winner Yegor Degtaryev finished outside the qualification time, and the places may be decided at other competitions.

“I don’t need swimming like today’s, and nor do the teammates he might leave in the lurch in a relay race.”

Lobintsev’s poor performance will cost him a place at the European Championships next month, Vorontsov suggested.

“With results like this, I won’t field Lobintsev at any European Championships.”

Lobintsev was a member of the Russian 4x200 meter freestyle team that won silver at the 2008 Olympics in Beijing, and won gold at the world championships in 2010 in the same event, as well as silver in the individual 400 meter freestyle and three other medals.