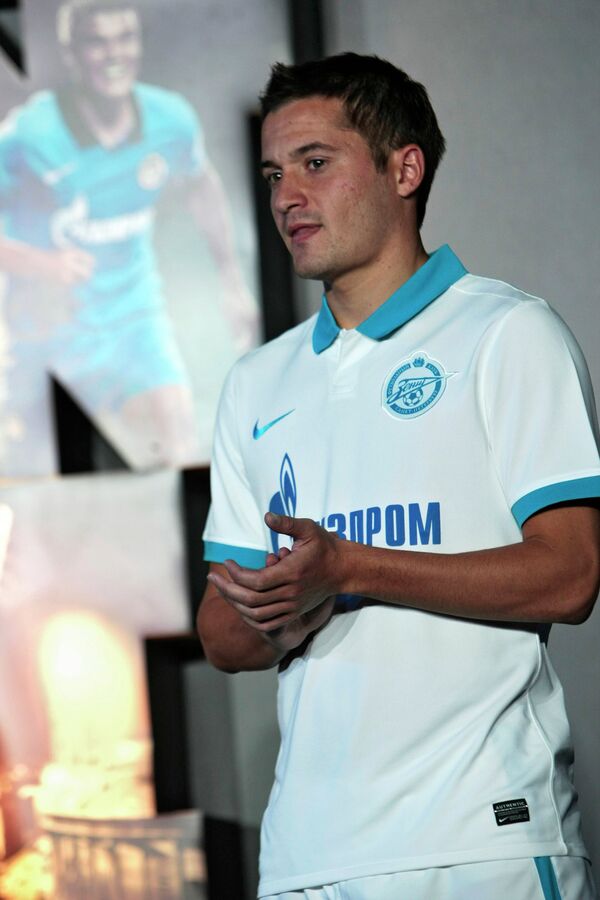 © RIA Novosti . Alexei Danichev
/
Go to the photo bank
Subscribe
Zenit St. Petersburg players Danko Lazovic and Viktor Fayzulin have returned to the side after each spending almost a month injured, the club said Tuesday.

Zenit St. Petersburg players Danko Lazovic and Viktor Fayzulin have returned to the side after each spending almost a month injured, the club said Tuesday.

Russian midfielder Fayzulin suffered an unspecified muscle injury in training late last month, while Serbian forward Lazovic has not played since he was substituted at half time in Zenit’s 1-0 Russian Cup defeat to Dynamo Moscow on March 21.

“In the session, which last around two hours, Viktor Fayzulin and Danko Lazovic took part with the main group,” Zenit said in a statement on its website.

Second-choice goalkeeper Yuri Zhevnov is on an individual training program with an unspecified injury, the club said.

Fayzulin, 25, is a regular in the Zenit first team and has played 117 matches for the club in all competitions, scoring 16 goals, since joining from Spartak Nalchik in 2007.

He was a member of the Zenit squad that won the UEFA Cup in 2008, playing on the right wing in the final against Glasgow Rangers.

Lazovic joined Zenit in 2010 from PSV Eindhoven and has since played 59 games for the St. Petersburg side, scoring 25 times.

He has 43 caps for Serbia and has scored 11 international goals.