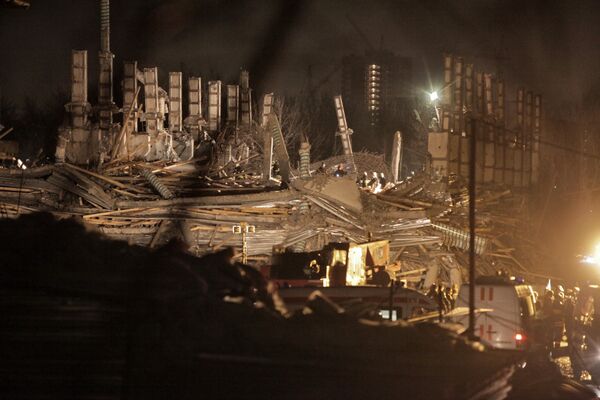 One person died and at least eleven were injured in a building collapse in southern Moscow early on Tuesday, local authorities said.

The building was under construction and at least 16 people worked at the site when it collapsed covering an area of 500 sq. meters with rubble.

“One person died under the rubble. Eleven people were injured, ten of them were hospitalized,” a spokesman for emergency services said.

A police source earlier told RIA Novosti that at least nine people had been rescued from the rubble and three of them had been hospitalized.

Most of the victims are construction workers, who suffered head and eye injuries of various degrees, the source said, adding that there could be other people buried under the collapsed building.

Moscow authorities are investigating the accident and trying to establish the cause of the collapse. According to official reports, the collapsed structure was an office building on a fenced-out territory of a research facility.

The construction has not been authorized by the city officials, the reports said.