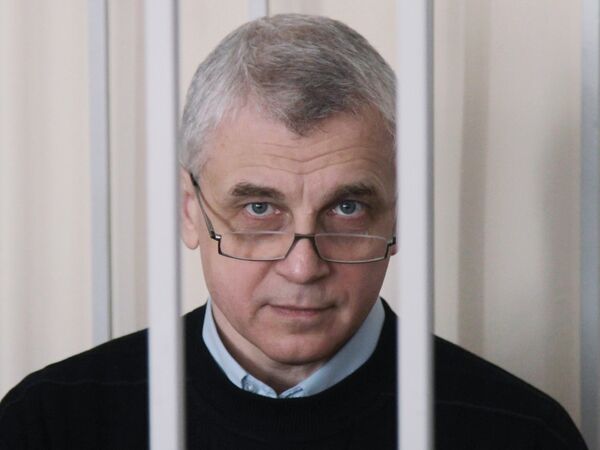 European and U.S. diplomats said they were disappointed by Ukrainian court verdict, which sentenced former acting defense minister Valeriy Ivashchenko to five years in jail for abuse of office.

"We are deeply disappointed in this latest example of selective justice in Ukraine and call for his release, particularly given the state of his health after 18 months in pre-trial detention," the U.S. embassy in Kiev said in a statement.

Ivashchenko has complained of serious health problems. On April 9, when the previous hearing into his case took place, he was delivered to the court by an ambulance and brought in on a stretcher.

“Despite repeated calls on Ukraine to uphold international standards for fair trials including that they are transparent and independent, this case, especially the hearing of 9 April, demonstrates significant shortcomings in these areas,” EU foreign policy chief Catherine Ashton said in a statement.

Ivashchenko, who served in then-Prime Minister Yulia Tymoshenko’s government from June 2009 to March 2010, was arrested in August 2010 over his alleged involvement in the illegal privatization of a shipbuilding plant in the Crimean port of Feodosiya, which caused an estimated $8.8 million in damages to Ukraine’s budget.

He earlier claimed that his prosecution had been initiated by “influential people” whom he helped remove from the Ukrainian Defense Ministry back in 2009. Ivashchenko’s wife told journalists on Thursday she believe her husband’s sentence was “revenge by one of the deputy defense ministers” who acted “in cooperation with one of the prosecutor general’s deputies.”

The ex-minister, who has denied any wrongdoing, said he considered his case “fabricated” and the court ruling “unfair.”

Some observers have speculated that Ivashchenko’s trial was part of what they described as President Viktor Yanukovych’s crackdown on his political opponents, including the jailing of Ukraine’s ex-premier and opposition leader Tymoshenko, former Interior Minister Yuriy Lutsenko and former Ecology Minister Georgy Filipchuk. The Ukrainian authorities have dismissed the allegations.