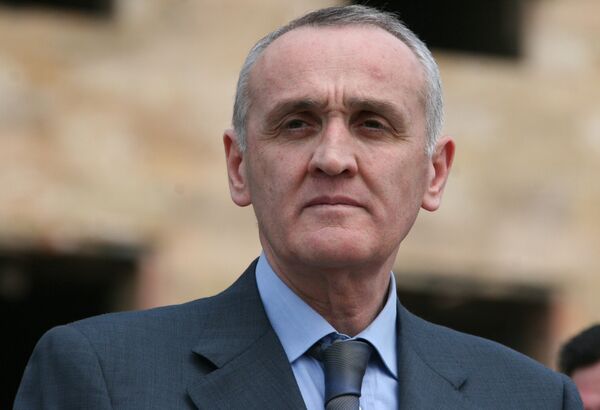 A remotely controlled mine blew up on February 22 morning as the presidential cortege was making its way to the republic’s capital of Sukhumi, damaging an escort vehicle. Bodyguards shielded the president from the gunfire that followed the explosion. One of the guards was killed and another was seriously injured.

Policemen have already searched the homes of the detainees, where they found assault rifles, pistols, a grenade launcher, night vision goggles and other ammunition, as well as illegal drugs, the prosecutor’s office said.

The names of the detainees and other details have not been disclosed in the interests of the ongoing investigation, the office added.

This was the fifth assassination attempt since 2005 against Ankvab, who served as prime minister in 2005-2010 and vice president in 2010-2011 before election as president in 2011. Two unsuccessful attacks were carried out in 2005. In 2007, he suffered a concussion and a shrapnel wound to the back when his car was fired on with a grenade launcher and in 2009 he was injured when his house was attacked with a grenade launcher.

The tiny mountainous region on the Black Sea coast declared independence from Georgia in 1999. The situation there remains tense and Tbilisi continues to regard it as part of its territory.