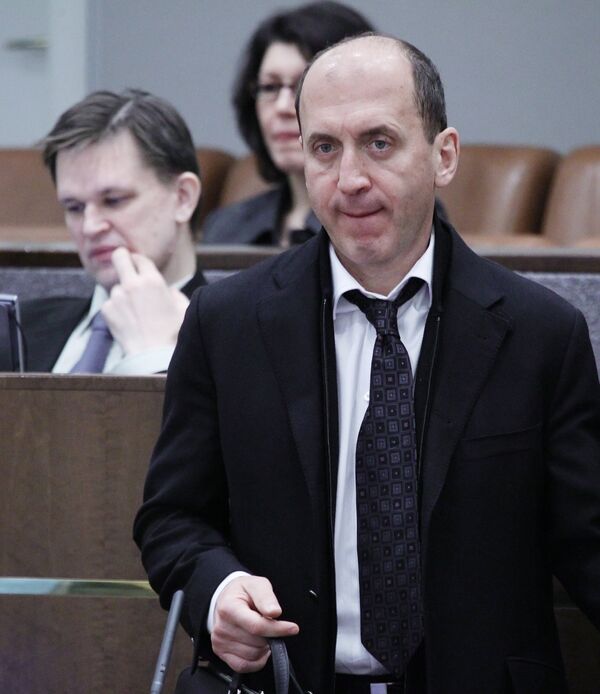 The richest Federation Council member was Buryatia Senator Vitaly Malkin, who earned over $34 million last year, according to his tax declaration for 2011.

The richest Federation Council member was Buryatia Senator Vitaly Malkin, who earned over $34 million last year, according to his tax declaration for 2011.

Before being elected as member of the upper chamber of the Russian parliament, Malkin served as a deputy chief of the Stoilensky Mining and Beneficiation Plant in western Russia.

Dagestan Senator Suleiman Kerimov, who is listed as number 118 on Forbes' list of the World’s Billionaires with an estimated net worth of $7.8 billion, comes second in terms of annual income, declaring over 983 million rubles (almost $33.6 million) earned in 2011. Kerimov co-owns Russia’s gas giant Gazprom, the country’s largest bank, Sberbank, and the world’s No.1 potash producer, Uralkali.

Ulyanovsk Region Senator Sergei Bazhenov earned 300.3 million rubles ($10.1 million) and was ranked third. Before taking over as a Federation Council senator, Bazhenov was the president of St. Petersburg International Bank.

The richest senator’s wife was the spouse of Voronezh Region Senator Nikolai Olshansky, who earned over 561 million rubles ($19 million) in 2011.

Senator of South Russia’s Stavropol Territory Konstantin Skomorokhin declared the ownership of the most various property, including a “youth recreation facility with a discotheque and a cafeteria,” as well as various grain storage facilities and equipment. He also owns manufacturing facilities and plots of land, seven cars, eight trucks and five minibuses.