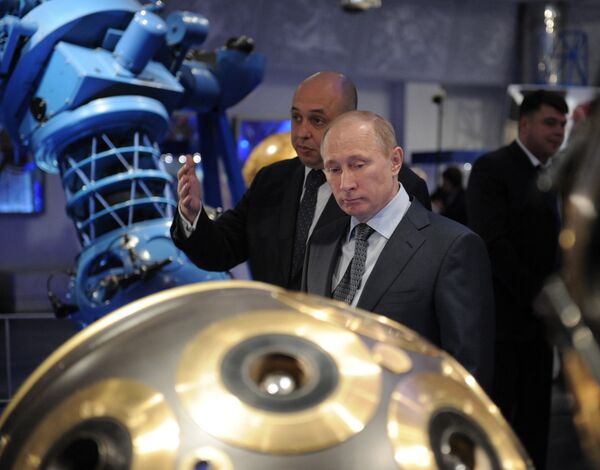 “In recent years the Baikonur launch center has been actively used for commercial space projects,” he said speaking on Russian Cosmonautics Day.

“I believe we need to develop this line, work more closely with the European Space Agency, as well as countries that run their own space programs.”

Global demand for space launch services is high and will continue to grow, he said, adding that there are more than 20 launch centers in the world, and new launch facilities are being built in China, Korea, Indonesia, Brazil and other countries.

Federal Space Agency chief Vladimir Popovkin said Russia is planning to increase its share of the space market in developing countries from the current 3 percent to 20 percent by 2030.

Russia has an edge over other space nations because of lower labor costs and “so our spacecraft should be cheaper,” he said.

“Most of the funds - about 30 billion rubles - will go to Vostochny,” he said, referring to the space center under construction in the country’s Far East.

Russia currently uses two launch sites - Baikonur in Kazakhstan, which it has leased since the fall of the Soviet Union, and Plesetsk in northwestern Russia.

The construction of Vostochny, which began last year, is due to be completed in 2016.

The vast facility in the Amur Region will eventually include two launch pads, a training center and oxygen and hydrogen generation plants.