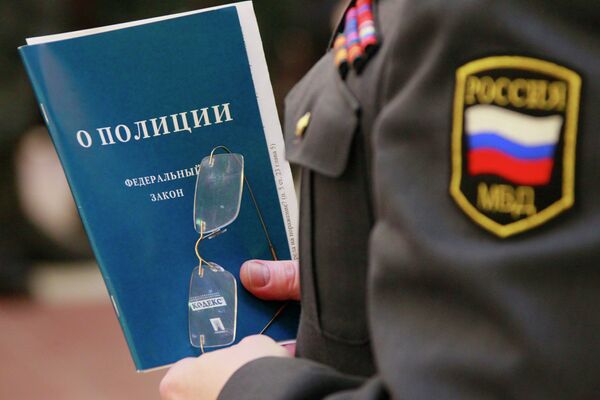 A policeman in Izhevsk who sodomized a detainee with a gun barrel was sentenced to five years in prison, the Prosecutor General’s Office in Russia’s Udmurt Republic said on Thursday.

A policeman in Izhevsk who sodomized a detainee with a gun barrel was sentenced to five years in prison, the Prosecutor General’s Office in Russia’s Udmurt Republic said on Thursday.

The court established that on April 16, 2011 Yury Denisov, 34, and fellow officer Denis Saltanov, 27, tortured a suspect in the theft of construction materials in order to extract a confession.

They beat the detainee, handcuffed him and sodomized him with the gun barrel. Other policemen were nearby, but none intervened. One took video of the incident on his cellphone camera.

Saltanov got a four-year suspended sentence with two years' probation.

“The officers interrogated the man over his role in several crimes. They illegally moved him to a private garage. The policemen and their accomplice tortured the detainee to force him to admit his guilt,” the Investigative Committee said.

In March, Nurgaliyev fired the head of a district police department in the Russian republic of Tatarstan after a detainee died in custody after police allegedly sodomized him with a bottle.

The victim, Kazan resident Sergei Nazarov, 52, died while being treated in hospital for severe colon damage, shortly after his arrest on March 9. Police say Nazarov was detained for disorderly conduct, but his relatives claim the charges against him may be false.

Nazarov managed to tell medical staff at the hospital that he was raped and beaten up by policemen, according to his relatives. Preliminary examinations found his injuries were caused by a blunt object, and “he could not have done it to himself.”