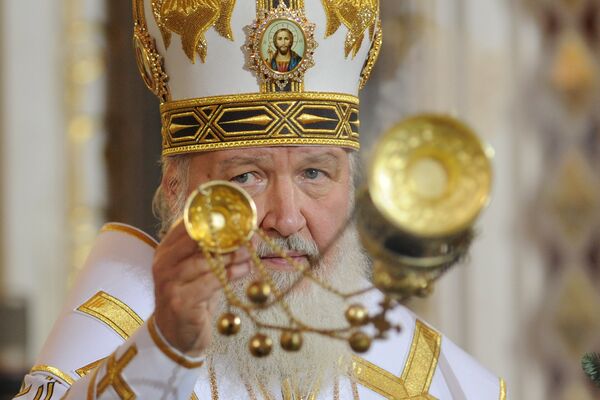 The Russian Orthodox Church is mobilizing supporters in the wake of recent scandals questioning its moral authority but it has lost the chance of winning over the active young urbanites that it reached out to, analysts and theologians said.

The Russian Orthodox Church is mobilizing supporters in the wake of recent scandals questioning its moral authority but it has lost the chance of winning over the active young urbanites that it reached out to, analysts and theologians said.

“This is God’s test to the church, which will now be cold-shouldered by the public,” said Archdeacon Andrei Kurayev, who teaches at the Moscow Theological Academy.

An appeal by the Supreme Church Council, to be read in all churches this week, slams unspecified “anti-church forces” and “proponents of false values of aggressive liberalism” for attacking the church.

The appeal cites a media campaign against the church, ridden with “slander” from “anti-Christian forces,” and a number of attacks on its property across the nation as indications of the crackdown.

“We remember how God’s enemies assaulted the Holy Faith … with the same slogans in the early 20th century” after the Bolshevik revolution, the appeal said. “We need to protect what God gave to us, now same as then.”

The list of attacks starts with the notorious incident in downtown Moscow in February, where five masked members of the radical female punk collective Pussy Riot staged a “punk prayer” in a cathedral, praying to Mother Mary to get rid of president-elect Vladimir Putin.

Three group members are in pretrial detention and face up to seven years on hooliganism charges. Amnesty International has recognized them as prisoners of conscience, however, church leaders repeatedly refused request for any leniency for them over the “sacrilegious” stunt.

“The fraction of church leadership that thinks sacrilege worse than murder has prevailed,” Alexei Makarkin from the Center for Political Technologies think-tank said on Monday.

The church became actively involved in societal affairs after decades of separation following Patriarch Kirill’s enthronement in 2009, said Roman Lunkin, a religion analyst with the Institute of Europe at the Russian Academy of Sciences.

The church’s newfound areas of activity included charity and education but it also reached out to the mostly secular-minded intelligentsia and middle class, he said.

However, the church’s work with the middle class was undone when Kirill threw his weight behind Putin in the presidential race, Makarkin said.
Kirill never formally endorsed Putin but said at a meeting in February that Putin saved the country from collapse with God’s help in the 2000s, when Putin served two presidential terms. Kirill also discouraged believers from attending anti-Putin rallies that gathered tens of thousands in Moscow last winter.

The church enjoyed an aura of respect even with the non-believers but it dissipated after the church leadership began to take sides in politics, Makarkin said. The church topped the list of most trusted institutions in Russia complied in December by GfK Verein with a support rating of 60 percent, but 56 percent of the populace said state officials should not act on their religious beliefs, compared to 28 percent who supported it, according to a poll by Levada in February.

“The Pussy Riot performance was a backlash, a sort of an ‘empire strikes back’ action” from the liberal secular community, said Kurayev.

The Pussy Riot show was followed by embarrassing media reports about Kirill’s wealth, including a penthouse apartment in downtown Moscow and a Breguet watch worth $30,000.

“They behave like paragons of morality but they have their own skeletons in their closet. If you preach morality, you need to practice it,” Makarkin said.

“This was no conspiracy [by church haters] but rather a wildfire,” said theologian Kurayev, who earlier called for forgiveness for Pussy Riot for their carnival-style performance.

“But the question is what caused the grass to turn so dry that it caught fire,” he said, referring to the backlash against the church.
“I think it’s a question for the church leadership,” Kurayev added.

Kirill said last week that the church was facing a coordinated smear campaign, though he conceded that its own response brought it to be associated by some with “harshness and aggression.”

Church leaders are mounting a new charge now, painting its critics as opponents of the faith, but the conflict could only be resolved if the secular authorities, despite their amiable relations with church leadership, opt not to jail the Pussy Riot members, Lunkin said.

Still, the alienation between the church and the secular middle class will not go away, Kurayev said.

“The young and the energetic are now giving the church a wide berth,” Makarkin said.