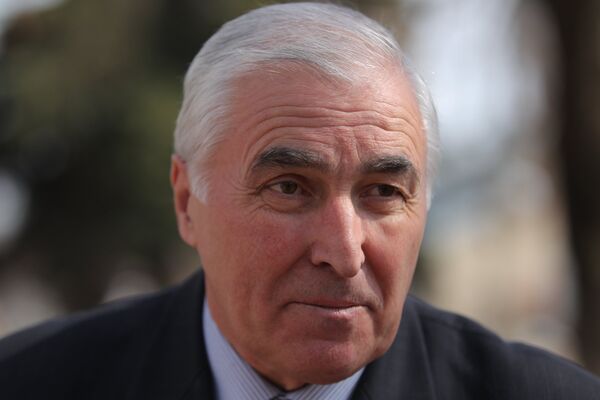 Former South Ossetian KGB head Leonid Tibilov has won the presidential election in the breakaway republic with 54.12 percent of the ballot with all votes finally counted, an election committee source told RIA Novosti.

David Sanakoev came second with 42.65 percent, and 0.96 percent voted against all the candidates.

“We won. I express acknowledgement and gratitude to all my supporters. Now we will all have to build a new successful rule-of-law state,” Tibilov said.

The turnout in the small Caucasus republic of 72,000 stood at 63 percent two hours before the vote’s end, far above the minimum threshold of 30 percent, the local CEC said.

No major violations were reported throughout the day, and a vote monitor from Russia’s CEC called the vote fair on Sunday. The European Union and the United States said earlier they do not recognize the vote as legitimate because they still consider South Ossetia part of Georgia.

The republic, recognized only by a handful of countries, including Russia, held a runoff presidential vote in November, when opposition leader Alla Dzhioyeva defeated Anatoly Bibilov.

But the vote’s results were canceled by the republic’s Supreme Court over alleged vote rigging on part of Dzhioyeva, who was banned from running in the repeat vote. Dzhioyeva’s refused to recognize the court's decision, but her protests ended in a police crackdown on her office and her brief hospitalization over heart problems.