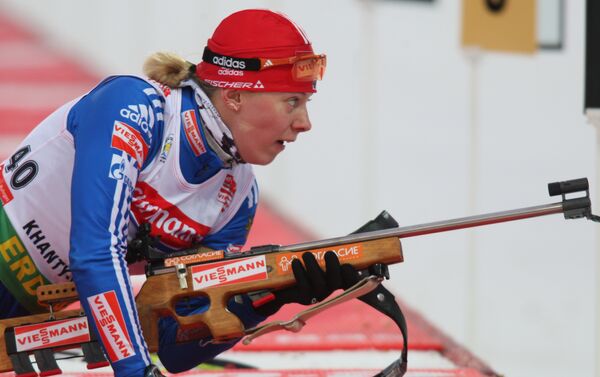 Criticism of the coaches has intensified after Russia recorded its worst ever performance at a world championships last month.

The athletes need to bond with the staff before achieving better results, Vilukhina said.

“It’s not worth changing the coaching staff. I wouldn’t want it for the reason that we’re getting to know each other,” she said.

“If we’re going to constantly make changes to the coaching staff, then we won’t have any results next year either.”

Wolfgang Pichler, who coaches the women’s team, has been the focus of much of the criticism after Vilukhina’s bronze was the only medal for the highly-rated Russian women at the world championships.

Vilukhina said she worked well with him, but said she felt uncomfortable permanently training in his home town of Ruhpolding, Germany.

“I’m comfortable working with Pichler. I’d like the training location to vary. I don’t feel like constantly sitting in Ruhpolding.”

Pichler joined the Russian team for the 2011-12 season, after making his name coaching the Swedish men’s and women’s teams.