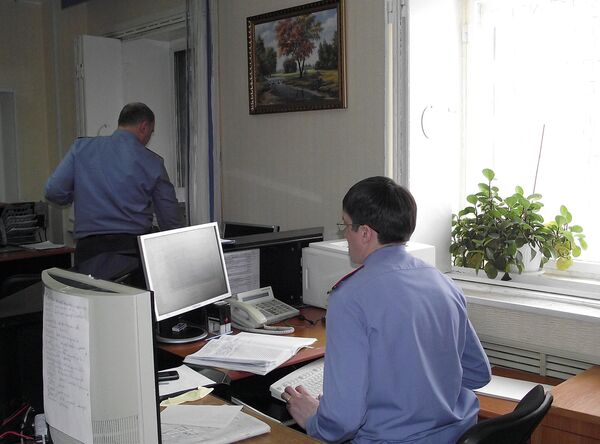 The suspect’s death in Kazan prompted a spate of investigations into police violence.

The Investigative Committee said on Friday it has opened a criminal case into the alleged tortue of a suspect with electricity in Krasnoyarsk.

According to investigators, police severely beat a 25-year-old Krasnoyarsk resident and tortured him with electricity on February 16 in order to extract a confession in a corporate fraud case.

The policemen are charged with abuse of power. The investigation is underway.

The two policemen "demanded confession from the detainees," the regional Investigative Committee said in a statement. "When they were rejected, they beat one of the me, then handcuffed the other and beat him."

A similar case involving policemen was uncovered in early April in Ulyanovsk region on Russia's Volga River where two senior police officials allegedly tortured with electricity and suffocation two men who had voluntarily appeared for questioning at the police station.

In late March, the head of Russia’s Investigative Committee, Alexander Bastrykin ordered a study into establishment of a special department for investigating complaints against the police, as proposed by rights activists.

The independent departments would help to sever the current link between internal investigators and policemen, who must often work together.

In March, Russian Interior Minister Rashid Nurgaliyev fired the head of a district police department in Tatarstan where a detainee died in custody after police allegedly sodomized him with a bottle.

The victim, Kazan resident Sergei Nazarov, 52, died while being treated in hospital for severe colon damage, shortly after his arrest on March 9. Police say Nazarov was detained for disorderly conduct, an accusation Nazarov's relatives dispute.