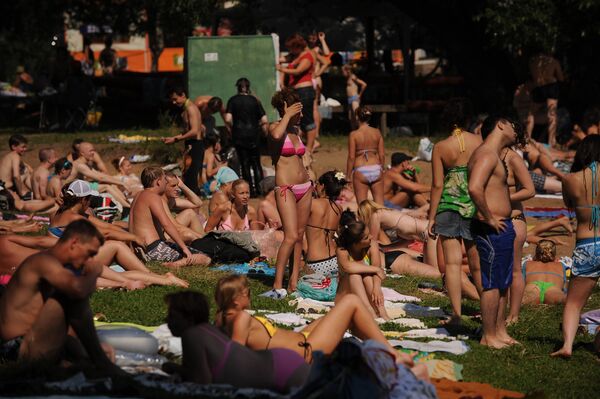 © RIA Novosti . Grigory Sysoev
/
Go to the mediabank
Subscribe
International
India
Africa
More than two-thirds of the Russian populace has never been to countries outside the former Soviet Union, independent pollster Levada said on Thursday.

More than two-thirds of the Russian populace has never been to countries outside the former Soviet Union, independent pollster Levada said on Thursday.

Only 24 percent of the respondents admitted to ever setting foot outside Soviet soil, with 17 percent having undertaken business trips and the rest only going abroad for leisure or personal purposes, the survey said.

Seventy percent have never left the ex-Soviet Union and six percent failed to answer, according to the nationwide survey, which was held in mid-March and polled 1,600 respondents.

Less than seven percent travel abroad at least once a year, while 10 percent used to visit foreign countries, but do not anymore, Levada said on its website.

Only 17 percent of the respondents hold a foreign passport in addition to the internal one, the survey said. Obtaining an internal passport is obligatory in Russia, but applying for foreign passports, which is required to travel abroad, is voluntary.

The survey had a margin of error of 3.4 percentage points. It did not specify Russians’ preferred destinations abroad.

In 2011, 79 percent of the Russian populace said they have never traveled outside the ex-Soviet Union, according to last year’s poll by state-run Public Opinion Foundation. Germany, Turkey, Egypt and China were named as the most popular destinations at the time.