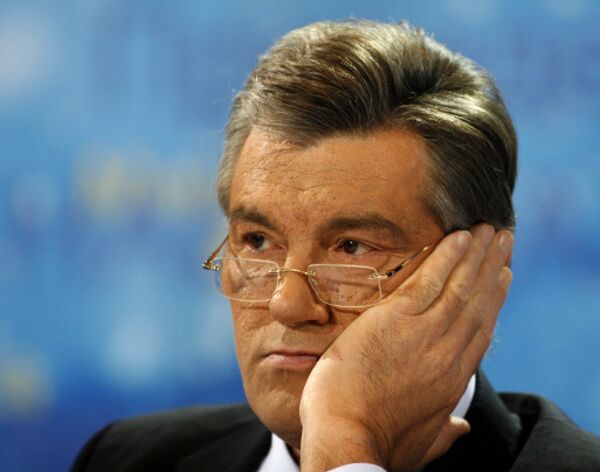 Ukrainian prosecutors have substantial grounds to close a criminal case on the alleged poisoning of former president Viktor Yushchenko due to lack of evidence, Prosecutor General Viktor Pshonka said on Thursday.

“This case has all the circumstances giving us legal reasons to close the investigation,” Pshonka told a news conference in Kiev.

He said the case had not been terminated yet only because Yushchenko had continually refused to give blood tests and offered little cooperation in the official investigation.

“For the sake of history, so that the closing verdict is unbiased, it is desirable that Yushchenko give his blood sample,” Pshonka said.

The suspected dioxin poisoning in September 2004 during the presidential election campaign in Ukraine made Yushchenko seriously ill, and left his face badly disfigured.

The original medical reports by toxicologists from Switzerland, which claimed dioxin levels in Yushchenko’s body 50,000 times above normal, were sharply criticized for lack of supporting, peer-reviewed research.

The blood tests by Ukrainian doctors in November 2005 were mysteriously destroyed.

Yushchenko poisoning theory was officially supported by Ukrainian authorities during his presidency from January 2005 until February 2010.

However, a new team of investigators assigned to the case after Yushchenko lost power to his long-term rival Viktor Yanukovych, alleged that the Yushchenko dioxin poisoning could have been falsified to strengthen his positions during 2004 presidential elections.

Investigators demanded that the ex-president give new blood tests, as traces of dioxin remain in blood forever.

Yushchenko, whose health has improved significantly since 2004, has refused to cooperate and said last year he wanted to "close that chapter" in his life.