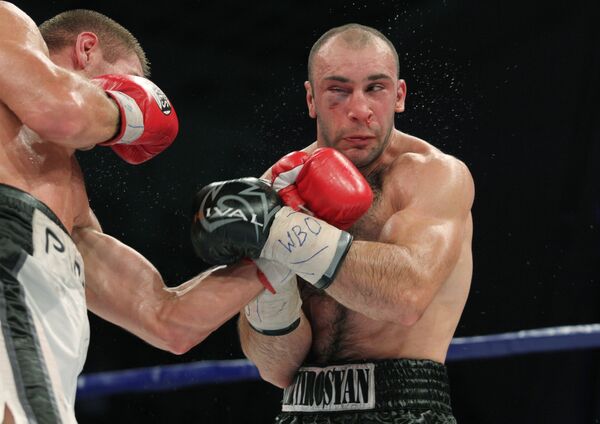 The fight will be Pirog’s third title defense and will take place on May 1.

“The negotiations for this fight went on for quite some time and both fighters have been on an intensive training regime for long enough,” Baklanov said in an emailed statement

“Nobuhiro Ishida is one of the most experienced opponents in Dmitry Pirog’s professional career,” he added.

The Russian fighter is rumored to be lining up a unification bout in August with IBF champion Daniel Geale, an Australian with a 27-1 with record.

Pirog is undefeated in 19 fights, winning 15 of them by knockout, and won the WBO belt when he stopped Daniel Jacobs in Las Vegas in July 2010.

Ishida held the WBA interim light middleweight title for 14 months before losing it to Rigoberto Alvarez in October 2010, and lost his last fight on points to U.S. fighter Paul Williams in February.