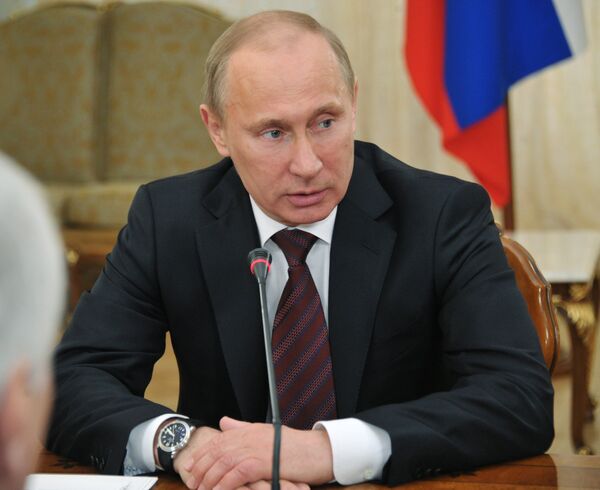 The activities of the All-Russia People’s Front, established almost a year ago, will continue after the election seaons ends, Prime Minister Vladimir Putin said on Tuesday.

“The All-Russia People’s Front won’t come to an end after the elections, it will continue working,” Putin said at a meeting with the Coordinating Council of the People's Front.

Prime Minister thanked the Front for its election campaign work. "[I want to thank you] not only for the election campaign, not so much for the campaign, as for your position, for competent, timely explanation of what has been done, what we plan to do,” Putin added.

Putin thinks that the All-Russia People's Front could be transformed into a non-partison social movement and expressed his readiness to lead the Coordinating Council.

Putin also said that Russia should not get into a situation where the parliament does not have a leading political force.

“We need to preserve the unity of the United Russia faction in the State Duma, because that is what gives us the opportunity to conduct lawmaking activity normally, in discussions with other political forces represented in the parliament,” Putin said.

Otherwise, Putin said, a situation “where it will be impossible to take any decision at all” might arise.

On May 6, 2011 Putin called at the United Russia party conference for the creation of the All-Russia People’s Front to broaden the party's electoral base with "non-party people," including trade unions, NGOs, business associations and youth groups.