'Titanic' Passengers — Society's Upper Crust, the Rescued and the Dead 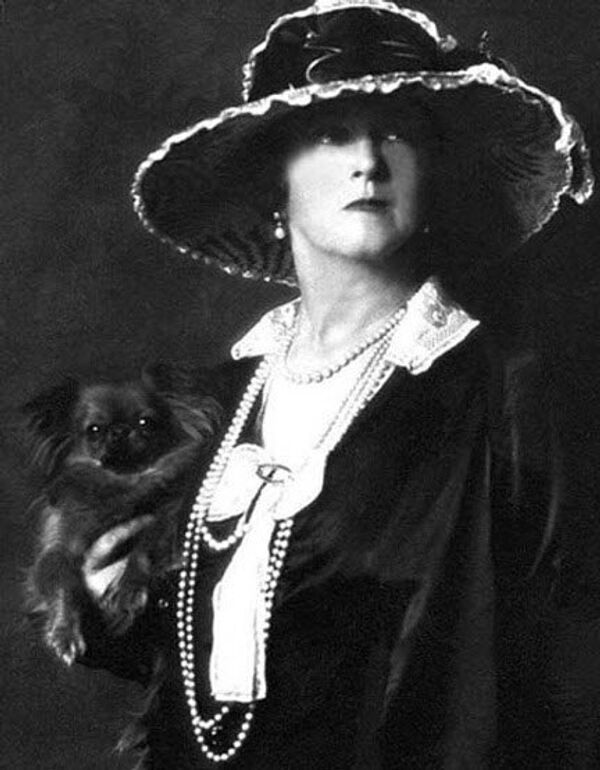 © Photo : Public Domain
Subscribe
The “Titanic” was one of the largest and most luxurious ocean liners of its time. Many wealthy and influential people were on board during its fatal voyage.

The “Titanic” was one of the largest and most luxurious ocean liners of its time. Many wealthy and influential people were on board during its fatal voyage.

Guggenheim began his career in the family company but soon shifted his interests to a new industry, steel smelting, which dramatically extended his father’s business and increased profits.

By 1903, Guggenheim had opened several plants in the United States. A mining equipment factory in Milwaukee was his most prosperous project. The International Steam Pump Company, which had factories in the United States and Britain, purchased the factory in 1906. Guggenheim became the International Steam Pump Company CEO in 1909.

During the wreck, Guggenheim helped women and children into lifeboats. When offered a seat in one of them, he replied: “We’ve dressed up in our best and are prepared to go down like gentlemen.”

Benjamin Guggenheim was 46 years old when he died. His body was never recovered.

Colonel John Jacob Astor IV – American millionaire and inventor, author of A Journey in Other Worlds, a science fiction novel (1894), and veteran of the Spanish-American War.

Heir to the Astor family, which made its fortune in the fur trade, John Jacob Astor extended the business and in 1897 built the Astoria luxury hotel in New York City, which joined with his cousin William Waldorf Astor’s hotel to make the Waldorf-Astoria complex. His other endeavors include the invention of bicycle brakes and participation in the development of the gas turbine engine.

In 1909, Gibson became one of the favorite models of eminent illustrator Harrison Fisher, and her image appeared regularly on magazine covers, postcards and merchandise packaging. She starred in many films, including in the role of Molly Pitcher, American Revolutionary War heroine, in Hands Across the Sea (1911).

A survivor of the “Titanic,” she played herself in the film Saved from the Titanic, which came out soon after the tragedy.

In 1874, Straus was the manager of the glass and china department of R. H. Macy & Co, and became its partner in 1888. Under his leadership, Macy’s became one of the most successful chains in the United States.

Straus, aged 67, and his wife Ida, perished in the “Titanic” wreck. His body was retrieved by a rescue ship. Mrs. Straus’ body was never recovered.

Left without a penny after her divorce from her first husband in 1888, Duff Gordon became a dressmaker to earn a living, opening a shop in a rented space in London in 1894. Her business expanded thanks to her profoundly original designs. By 1900, Maison Lucile had become one of London’s foremost fashion houses. Lady Margot Asquith, the writer and public figure, and the Duchess of York, the future Queen Mary, were among her clientele. She opened a branch in New York in 1910, another in Paris in 1912, and in Chicago in 1915.

In 1912 Major Butt was returning by the “Titanic” from Rome, where he had held negotiations with the Pope as President Taft’s executive agent. He died in the wreck at the age of 51. His body was not found.

Margaret “Molly” Brown – American philanthropist and women’s and children’s rights activist; one of the first women to run for U.S. Senate long before women’s suffrage was introduced.

A prominent social activist, Brown took part in feminist movements, worked to establish the juvenile justice system in the USA, and assisted in fund-raising for the Cathedral of the Immaculate Conception in Denver, Colorado.

During the “Titanic” tragedy, she helped in the ship’s evacuation and later established a foundation for survivors’ relief.

During World War I, Margaret worked in France with the American Committee for Devastated France to rebuild areas behind the front lines. She was awarded the Legion of Honor in 1932 for her wartime activism in France, her help for the “Titanic” survivors, and her social work and philanthropy in America.

William Thomas Stead – a prominent British pacifist journalist, and one of the pioneers of investigative journalism. The Pall Mall Gazette's shift to the New Journalism under Stead's guidance turned it into an innovative periodical that was influential in British social and political developments. He was convicted after the publication of his article “The Maiden Tribute of Modern Babylon,” about child prostitution. His crusade was fruitful, however, leading to an increase in the marriage age to 16.

An ardent peace campaigner, Stead started the weekly paper War against War in 1898. He favored a High Court of Justice among the Nations, and opposed the Boer War. He took part in the Hague Peace Conference and insisted on adopting its recommendations.

He died in the “Titanic” wreck at the age of 62. His body was never recovered.

By an ironic twist of fate, he published the article “How the Mail Steamer Went Down in Mid-Atlantic, by a Survivor” in 1886, which depicted a shipwreck with heavy casualties due to a lack of lifeboats.

Francis Davis Millet – American painter, sculptor and writer; one of the founders of the American Federation of Arts, and member of the American Academy of Arts and Letters. He started his career in journalism as a reporter and later editor for the Boston Courier. Engaged as a correspondent in the Russo-Turkish War of 1877-1878, he was decorated by Russia and Romania for his courage and services to the wounded. He translated Leo Tolstoy’s The Sebastopol Sketches into English.

Millet decorated the U.S. Custom House in Baltimore, Maryland; the Trinity Church in Boston, Mass., and the Capitols of Wisconsin and Minnesota. His paintings are in the Metropolitan Museum of Art in New York, and London’s Tate Gallery, among others.

Millet died in the “Titanic” wreck at the age of 65. His body was found by a rescue vessel.