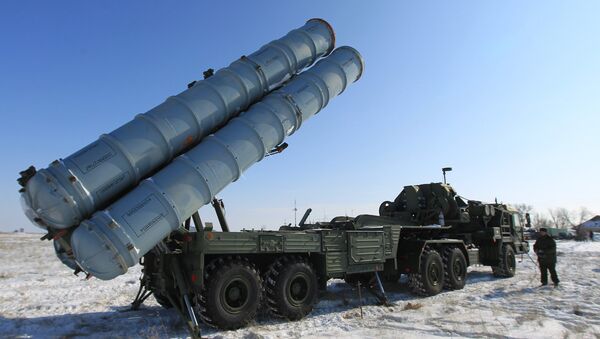 The Space Defense Forces are currently equipped with different modifications of the Soviet-era S-300 system.

“We are receiving new S-400 Triumphs this year as part of a modernization program,” Dronov told Ekho Moskvy radio.

He did not say how many systems will be deployed, but Air Force chief of staff Major General Viktor Bondarev said in mid-March that one S-400 battalion was currently being deployed at Nakhodka [Russia’s Far East], a second will be based near Moscow, and a third in the Air Force and Air Defense Force chief command.

The Russian Armed Forces currently have two S-400 regiments, both near Moscow, and a third regiment is to be deployed in the Baltic Fleet.

The S-400 Triumph long- to medium-range surface-to-air missile system can effectively engage any aerial target, including aircraft, unmanned aerial vehicles, and cruise and ballistic missiles at up to 400 kilometers and an altitude of up to 30 kilometers.

The Russian Defense Ministry has said there are no plans so far to export the S-400. It will be produced only for the Russian Armed Forces.