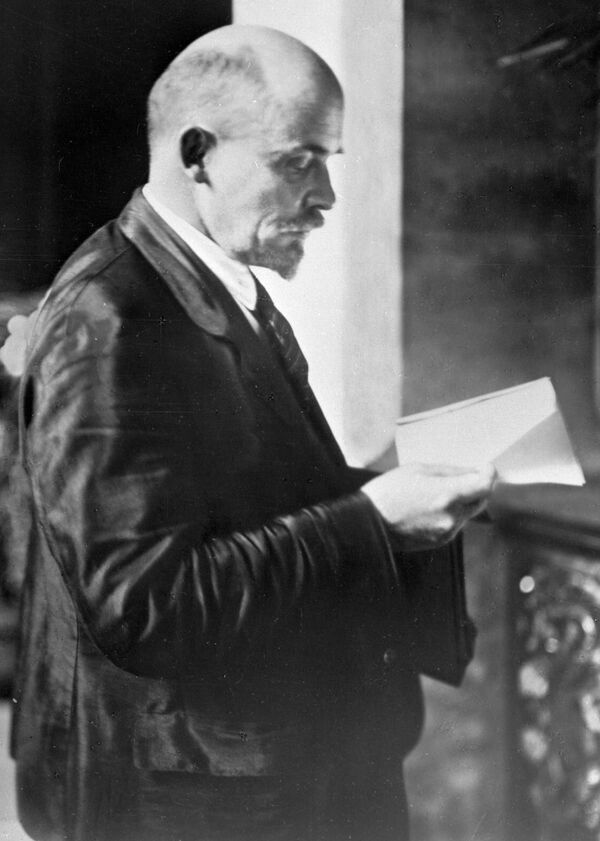 Oeuvres by leading Communist ideologues, including Vladimir Lenin and Leon Trotsky, need to be assessed for extremism, a spokesman for the Russian Orthodox Church said on Friday.

Oeuvres by leading Communist ideologues, including Vladimir Lenin and Leon Trotsky, need to be assessed for extremism, a spokesman for the Russian Orthodox Church said on Friday.

Works by the founders of Bolshevism, which contain passages justifying mass repressions and promote “red terror,” can be compared to Nazi propaganda, which is banned in Russia, Archpriest Vsevolod Chaplin said on Friday.

“We need to have a serious discussion on … how to treat the reproduction of these texts and those who use their most radical elements to construct political practices and propaganda,” Chaplin said. He named no names, but said his criticism does not include the Communist Party or “the new left,” Actualcomment.ru reported.

No state agency commented on the proposal on Friday. Extremism assessments are usually requested by prosecutors or police.

Chaplin himself has a reputation of a radical, having promoted controversial ideas including a nationwide dress code for women and a ban on “gay propaganda.”

He has also attacked Communism in the past, saying that “destruction of as many Bolsheviks as possible was … a moral thing to do for a Christian” in the 1920s. The Bolshevik regime, which came to power at the time, separated the church from the state and cracked down heavily on believers.

Russia has an extensive list of extremism materials banned for production and distribution. As of Friday, the list had more than 1,100 entries, the majority being radical Islamist, anti-Semitic and neo-fascist publications.

Russian extremism legislation is notoriously vague, which prompts political opposition, especially the nationalists, to denounce it as a tool of political persecution.