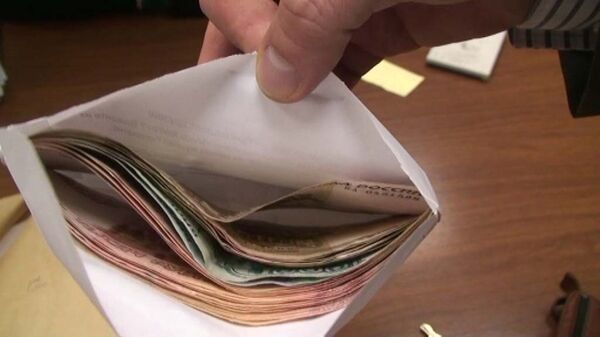 © Photo : Press office of Economic security department, Ministry of Internal Affairs
Subscribe
About 2.5 billion rubles ($84 million) of state money were embezzled in the republics of the volatile North Caucasus, with next to none recovered, Prosecutor General’s Office said on Friday.

About 2.5 billion rubles ($84 million) of state money were embezzled in the republics of the volatile North Caucasus, with next to none recovered, Prosecutor General’s Office said on Friday.

Only 69 million rubles, or 2.8 percent of the total missing, was returned to state coffers in criminal and civil law suits over the embezzlement, said Alexei Melnikov, the head of the prosecutor agency’s North Caucasus branch. He did not say where the rest go.

A total of 1,400 corruption-related violations were reported in the region in 2011, with more than 1,000 leading to criminal cases, Melnikov said at a press conference.

The embezzlement reported by Melnikov is less than 1 percent of all federal investment in the region, which received 270 billion rubles from Moscow in 2011.

The government is trying to quell the simmering Islamist insurgency in the North Caucasus through massive money grants, but critics insist most of the funds are lost to embezzlement and never reach the populace.

Local officials often conduct questionable online tenders, including for luxury cars, which, skeptics say, are intended for the private use of officials. A posh City Day celebration in Chechen capital Grozny last fall was attended by Vanessa-Mae, Hilary Swank, Kevin Costner and Jean-Claude Van Damme, with Chechen leader Ramzan Kadyrov saying that the republic receives money for such shows “from Allah.”