India’s Arms Market: Everyone In, Nobody Out 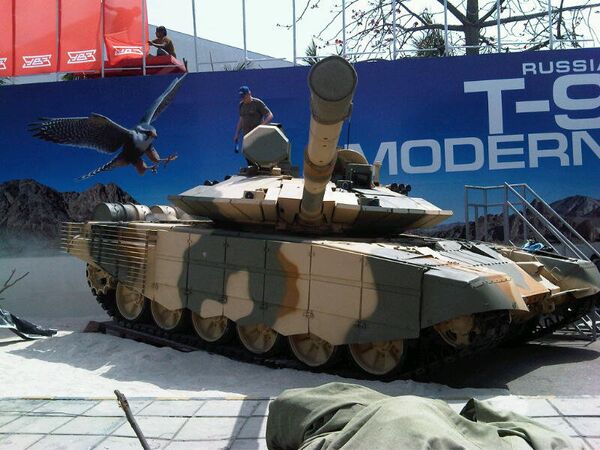 Russia has arrived at the DEFEXPO 2012 exhibition in India in the shadow of its own recent failures and the success of Western weapons manufacturers on the Indian arms market. But is Russia’s position on the Indian market really so weak?

Russia has arrived at the DEFEXPO 2012 exhibition in India in the shadow of its own recent failures and the success of Western weapons manufacturers on the Indian arms market. But is Russia’s position on the Indian market really so weak?

India is ready to buy

The Indian arms market is an extraordinary place even by the standards of the markets of the Gulf oil monarchies, which buy weapons indiscriminately, provided the batch is big and the price is high. But India, although it also buys many weapons, does so only after serious consideration and for far-reaching reasons. This is why arms talks with India are like a complex dance with a large number of partners, not unlike a Bollywood movie.

Diversification is the overriding concern of the Indian military, which means that the Indian military consider it a major problem not to have two similar weapon systems from two different countries on combat duty, and work hard to remedy this unfortunate omission.

This is not an example of the exotic greed of the rajahs’ heirs or the typical Oriental desire to show off. India has been consistently implementing a strategy it formulated decades ago, which boils down to buying suitable weapons from anyone who is willing to sell in order to use their technology. Unlike Chinese reverse-engineering efforts, India honors the terms and conditions of licensed assembly.

However, India also burdens arms acquisition contracts with so many requirements for localized components production, technology transfer and reinvestment of revenues in the Indian economy that any other client with such exacting tastes would have long been shown the door and asked to rethink its place in the global market.

But the Indian market is so large and attractive that global arms corporations are fighting for a place on it. The reason is simple: one contract with India can run into the billions or even tens of billions of US dollars.

Recently, Russian-Indian military cooperation has not been cloudless. India may be an easy client, but it has complained about maintenance. Worse still, Russia has failed to faithfully implement several contracts.

Recent flops involve the restructuring of the air-capable cruiser Admiral Gorshkov (renamed Vikramaditya by the Indian Navy) and the protracted negotiations on the lease of Project 971 nuclear-powered attack submarine Nerpa (re-commissioned as INS Chakra II), which ended relatively well several weeks ago.

Last year Russian suppliers suffered two painful losses at Indian tenders. Russia did not win the contract to supply 22 helicopters to India, which preferred the U.S. AH-64D Longbow to Russia’s Mi-28N. During the Medium Multi-Role Combat Aircraft (MMRCA) tender announced by the Indian Air Force to replace the aging MiG-21s, the Russian MiG-35 did not even make it to the finals, where the Eurofighter Typhoon twin-engine multirole fighter lost a contract worth at least $10 billion to France’s Dassault Rafale.

U.S. companies have been increasingly active on the Indian market in the past two years. Apart from the above helicopter contract, the Americans will also supply the P-8 Poseidon long-range anti-submarine aircraft to India and have signed a contract for licensed production of turbojet engines in India.

Everyone in their right place

However, the examples listed above only reflect Indians’ diversification tendency. The European and U.S. companies’ successes have tightened competition, but it would be premature to interpret this as a major problem for Russian arms exporters.

India has not reviewed its acquisition strategy and still tries to maintain balance among the main players. The picture has been somewhat complicated by the aggressive inroads by U.S. players, who believed they were guests of honor but were soon shown their place on the Indian market.

Lockheed Martin’s customized version of the F-16, the F-16IN Super Viper, was beaten by the French Rafale. When LM offered its F-35 Joint Strike Fighter, India said that it would design its own light fighter and had already ordered the FGFA, a derivative of Russia’s PAK FA (T-50) developed for the Indian Air Force.

India has bought 250 fifth-generation fighter aircraft (FGFA), more than twice the amount Russia plans to produce for its own air force. It is also assembling the Su-30MKI (Flanker-H) twin-seat air superiority fighters jointly developed by Russia's Sukhoi and India's Hindustan Aeronautics Limited (HAL). This is the largest Russian arms export contract since the dissolution of the Soviet Union. Moreover, Russia is preparing to offer India a Sukhoi Super-30 upgrade of the Su-30MKI model.

Russia has confidently maintained its positions on the armored vehicles market. India’s attempt to develop the Arjun tank has not succeeded and so it continues to rely heavily on the Soviet Т-72М1 and Russian Т-90S main battle tanks made in India under license.

The Russian delegation presented a new modernization package for the T-90 tank at DEFEXPO 2012, which is described as “essentially a new tank,” although the Russian military describe it as “the 17th modification of the T-72” and refuse to order more of this model for the Russian army.

The Russian presence in the Indian Navy is also considerable. Apart from the Vikramaditya and Nerpa, India has ordered Project 1135.6 Talwar class frigates and the MiG-29K carrier-based multirole fighter aircraft. Russia and India have also designed the BrahMos supersonic cruise missile, currently used both in the navy and in the army.

New contracts on the table

A powerful pro-Russian lobby has formed in the Indian military over years of successful military cooperation with the Soviet Union and Russia. They are using the potential of such cooperation to mutual advantage.

Russia is supplying India with everything it can supply and everything India needs. The few exceptions can be explained by pressure mounted by the Indian military industrial lobby or by its deep ties with other countries.

A good example is the market of long-range air defense systems. India has bought Soviet-made S-75 and S-125 air defense missile systems, but has refused to buy the S-300PMU, generally considered the best in its class, for two reasons – its own air defense projects and its air and ballistic missile defense cooperation with Israel.

The Indian market is therefore a perfect venue which Russian companies should use to gain bargaining experience against the leading global suppliers.