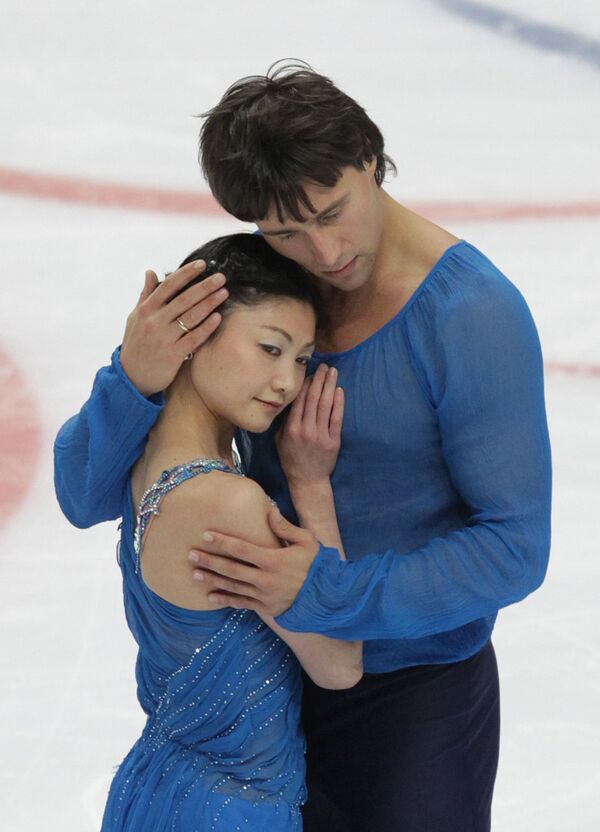 All three Russian pairs fell in Wednesday’s short program, and Smirnov and his partner Yuko Kavaguti finished 11th on 59.59 points, far behind German leaders Aliona Savchenko and Robin Szolkowy with a score of 68.63.

“I fell because my skate cracked the ice,” Smirnov said. “The ice is all new and very fresh. It just cracks under your feet like glass.”

The pair may be far off the lead, but they still have something to offer in Friday’s free skate, he said.

“We’ve got something to show, a beautiful, good number.”

Earlier Russian skater Maxim Trankov had blamed the ice for his and partner’s Tatyana Volosozhar’s fall, claiming that it crumbled and was of “weird quality.” The pair finished eighth with a score of 60.48.

The third Russian pair of Vera Bazarova and Yuri Larionov overcame a fall to finish fourth on 65.02.

Smirnov and Kavaguti won the 2010 European title in Tallinn, and have twice won bronze at the world championships.

Japanese-born Kavaguti, also known as Kawaguchi, teamed up with Smirnov to compete for Russia in 2006 after previously representing Japan and the United States.

Kavaguti became a Russian citizen and competed with Smirnov at the 2010 Winter Olympics in Vancouver, where they were third after the short program, but dropped to fourth after a poor free skate.