Myths of “Titanic” proportions: the Devil’s code, prescient dreams and a “hole in time” 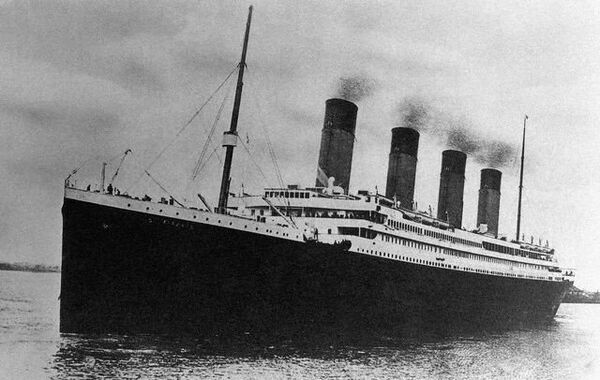 The Titanic shipwreck has generated a great deal of myths and legends. Some are humorous, and others chilling. But almost all of them suggest that the sinking of the ill-fated luxury liner was destined to be.

The Titanic shipwreck has generated a great deal of myths and legends. Some are humorous, and others chilling. But almost all of them suggest that the sinking of the ill-fated luxury liner was destined to be.

A builder trapped in the hull

Sinister rumors emerged while the liner was still under construction. According to one such rumor, the builder team could hear a repetitive tapping noise coming from the Titanic’s second bottom shortly before her completion. It was suggested one or several of the builders may have been trapped in the tank, which served as the inner bottom.

After the Titanic disaster, rumors began to spread that the ship’s hull number, 390904, was a secret code used by Irish Protestant builders to express their animosity toward the Roman Catholic Church. It was suggested that if handwritten on paper and viewed through a mirror, the number would read “No Pope.”

“Divine retribution” was not long in coming. The Titanic sank during her maiden voyage, following a fatal collision with an iceberg.

Some of those who booked tickets for the Titanic’s maiden voyage are said to have cancelled their reservations at the last minute after foreseeing the wreck in their sleep.

British entrepreneur J. Connon Middleton is said to have dreamed about the sinking for two consecutive nights. In his dream, he saw Titanic passengers and crewmembers stranded at sea. He also saw himself floating in the air and looking on.

Middleton recounted what he had seen to his family and friends, and they spread the word. The man had urgent business engagements in the United States, and his premonitions left him in panic.

Hesitant about whether he should go ahead with the trip or cancel it, he received a last-minute wire from New York, suggesting he put off his departure.

Some of the crew, including sailors and engineers, fled the vessel during the Titanic’s last call, at Queenstown, feeling this was their last chance to escape.

Henry Wilde, chief officer of the Titanic who previously served on the Olympic liner, mentioned his misgivings in a letter to his sister:  “I still don’t like this ship... I have a queer feeling about her." Despite this, he let his friends talk him into taking the post on the Titanic, only to perish with other crew and passengers in April of 1912.

Titanic falling into a time hole?

They say that sea vessels continue to hear SOS signals from the Titanic to this day. Radio signals come periodically, once every few years. Also, some “survivors” are reported to have been found decades after the Titanic tragedy.

Thus, as legend has it, a middle-aged woman dressed in an early 20th-century fashion style was taken on board a vessel passing by the Titanic sinking site. The name she used to identify herself was later found in the passenger lists.

Other miraculous ghost stories related to the Titanic mention a ten-month-old baby allegedly found alive in a lifebelt, carrying the inscription Titanic, and an elderly gentleman dressed in a White Star Line captain’s uniform. The man is said to have introduced himself to his rescuers as Captain Smith – the name of the Titanic’s chief commanding officer.