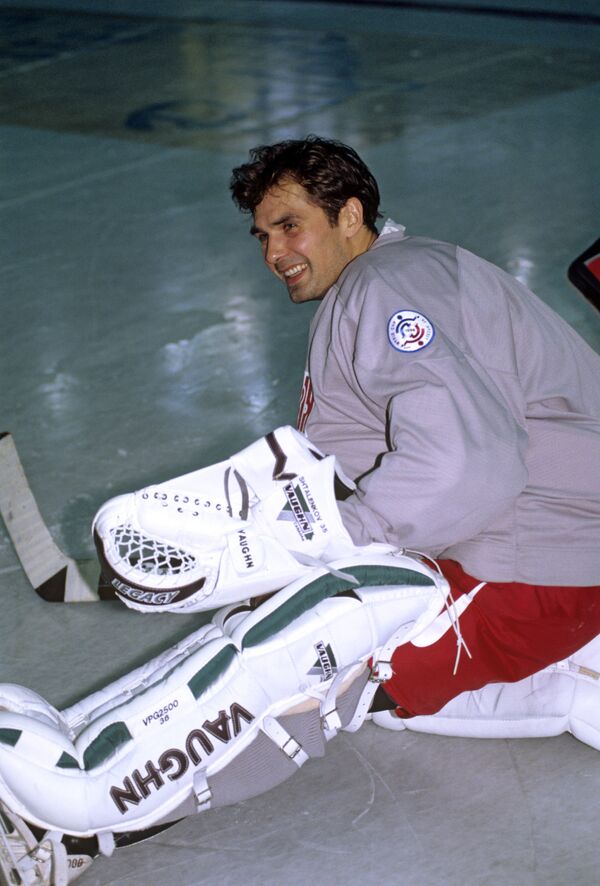 Russian police are searching for the goaltender of the 1992 Olympic gold medal-winning team Mikhail Shtalenkov, who went missing two days ago, a law enforcement official told RIA Novosti on Tuesday.

Shtalenkov, a former Mighty Ducks, Edmonton Oilers and Phoenix Coyotes goaltender, landed Sunday in Moscow on a flight from Magnitogorsk, where is a coach with KHL team Metallurg, the official said.

That was the last that was heard of him, the official said.

"An announcement was received from his spouse that Mikhail has gone missing," the official said on condition of anonymity because of the sensitivity of the situation. "All necessary search and recovery measures are being taken."

Shlatenkov, 42, started his career with Soviet hockey powerhouse Dynamo Moscow in 1986. He earned a call to the roster of the Unified Team at the 1992 Olympics in Albertville, France, where he conceded just 12 goals in the eight games he played on the way to gold.

He was drafted by the Mighty Ducks of Anaheim in 1993 before being traded around a number of NHL teams. He won the 1998 Olympic silver with the Russians, losing to the Czechs in the final.

Shtalenkov returned to Russia in 2001, retiring the next season before coaching Dynamo and then Metallurg.