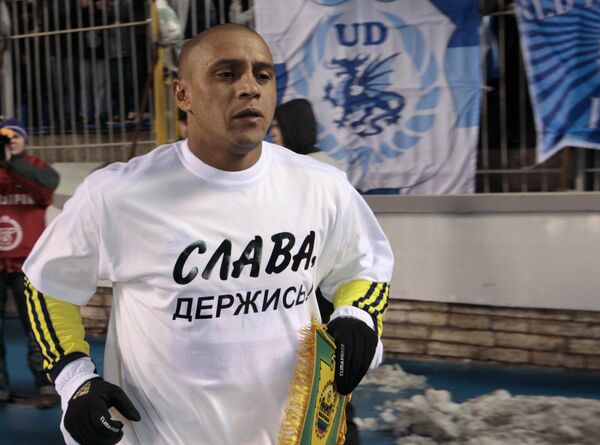 The 38-year-old Brazilian joins a list of stars including Hristo Stoichkov, Roberto Baggio, Rene Adler, Luca Toni, Raul Gonzalez and Gary Neville to feature as ambassadors of their respective leagues to the Professional Football Against Hunger initiative.

The 2012 campaign, backed by the the European Commission, the UN's Food and Agricultire Organization and the Association for European Professional Football Leagues, raises awareness for the need to assist victims of hunger and put them on the path to self-sufficiency.