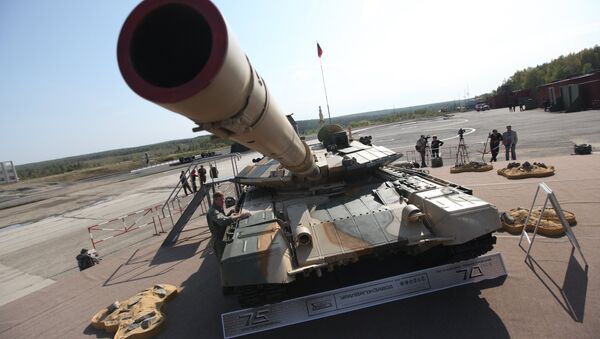 "This new tank will be the gem of the show," Komardin said. "Its first foreign presentation will be the main event," he added.

"The Indian Army already operates the T-90, so its modernized variant - which, by the way is an absolutely new machine - will be of great potential interest to the Indians," he said.

The show will take place in Delhi from March 29 to April 1.

India has overtaken China as the world's largest conventional arms buyer in the last five years, according to a report from the Swedish Stockholm International Peace Research Institute released last week. India spent $12.7 billion on weapons in that period, 80 percent of which came from Russia.