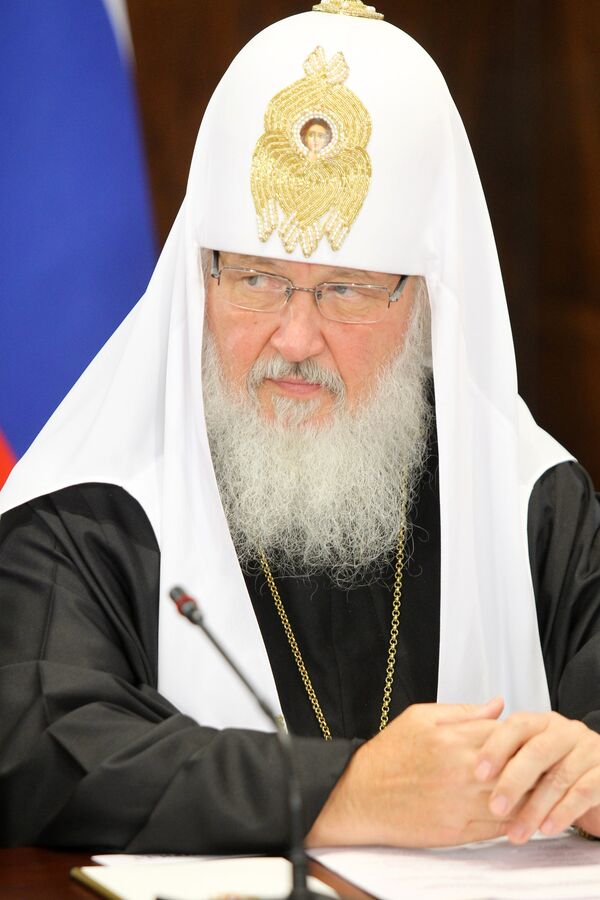 The head of the Russian Orthodox Church has said a controversial performance at Moscow's largest cathedral by the all-female punk group Pussy Riot "desecrated" the church.

The head of the Russian Orthodox Church has said a controversial performance at Moscow's largest cathedral by the all-female punk group Pussy Riot "desecrated" the church.

In his first public comment since Pussy Riot performed an unsanctioned "punk prayer" at the altar of the downtown Christ the Savior Cathedral a month ago, Patriarch Kirill said every believer in Russia was "stinged" by the protest.

"We will have no future if sacred shrines are desecrated, if this desecration is seen by some as virtue, as some proper expression of political protest, as some appropriate action or harmless joke," the patriarch said during a service in a Moscow church on Saturday.

The Christ the Savior Cathedral hosts part of the Holy Tunic, a robe which is said to have been worn by Jesus Christ before his crucifixion.

Five members of Pussy Riot, clad in brightly-colored balaclavas, bowed and crossed themselves as they sang an acapella version of a song entitled “Holy Sh*t” at the cathedral. The lyrics included lines such as “Holy Mother, Blessed Virgin, chase Putin out!”

The group said the performance was a protest against Patriarch Kirill’s support for Vladimir Putin in the run-up to the March 4 presidential elections. The performance came amid the biggest demonstrations against Putin’s rule since he first came to power in 2000.

Three alleged members of the group have since been detained and could face up to seven years behind bars if found guilty of hooliganism charges.

The patriarch also denounced efforts to defend the band members.

"Some people begin to appear who are trying to justify this sacrilege, to minimize it... and my heart is breaking because among them are those who call themselves Orthodox Christians."

Supporters of the accused have held a series of protests over their detention and launched a petition for their release.

A number of religious figures, including Vsevolod Chaplin, the influential head of the Orthodox Church's social affairs department, have said the women should not be imprisoned.