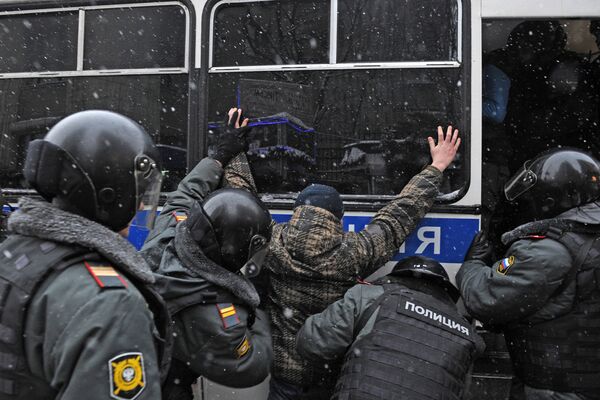 A special department for investigating complaints against policemen should be established within the National Investigation Committee, a spokesman for the Russian NGO Committee Against Torture said on Thursday.

A special department for investigating complaints against policemen should be established within the National Investigation Committee, a spokesman for the Russian NGO Committee Against Torture said on Thursday.

“We deem it necessary to propose or even demand that the leadership of the Investigation Committee set up in every region a separate structure… more simply, a group of investigators looking into complaints against policemen,” Committee Against Torture spokesman Igor Kalyapin said.

The independent departments would help to sever the current link between internal investigators and policemen, who must often work together, he said. “Investigators in this special group will be able to consider complaints against policemen without worrying about their future joint work together,” he added.

The proposal has already been submitted to the Investigation Committee, head of Public Verdict fund Natalya Taubina said.

Last week, Russian Interior Minister Rashid Nurgaliyev fired the head of a district police department in Tatarstan where a detainee died in custody after police allegedly sodomized him with a bottle.

The victim, Kazan resident Sergei Nazarov, 52, died while being treated in hospital for severe colon damage, shortly after his arrest on May 9. Police say Nazarov was detained for disorderly conduct, but his relatives say the charges against him may be false.