Prisoner Escapes on Board Helicopter 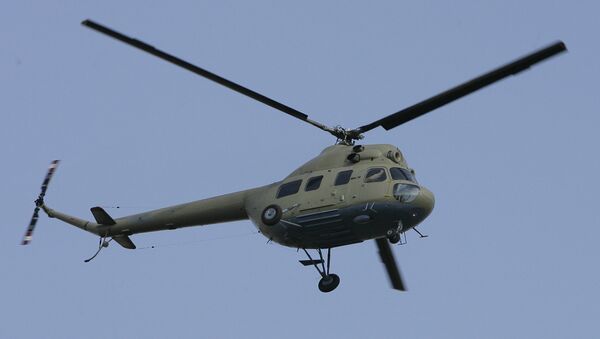 © Sputnik / Sergei Veniavskiy
/
Go to the mediabank
Subscribe
International
India
Africa
Police in Russia’s Vologda Region are searching for a convicted murderer who escaped prison on board a helicopter, local security services said.

Police in Russia’s Vologda Region are searching for a convicted murderer who escaped prison on board a helicopter, local security services said.

The incident occurred on Thursday morning at the high-security penal colony in the town of Sheksna.

The escapee, named as Alexei Shestakov by local police, who has served half of his 24-year term for murder, used a rope ladder to climb aboard the helicopter, a penitentiary service official told RIA Novosti.

Prison guards opened fire at the aircraft but failed to prevent the escape.

The Mil Mi-2 (Hoplite) helicopter, whose crew was apparently forced to fly towards the colony by the criminal’s accomplices, was discovered in the regional capital of Vologda, the penitentiary service official said. According to preliminary data, it belonged to a local firm.

Police are considering opening a criminal case on charges of hijacking an aircraft and prison breach.

The Sheksna colony houses about 1,700 inmates.