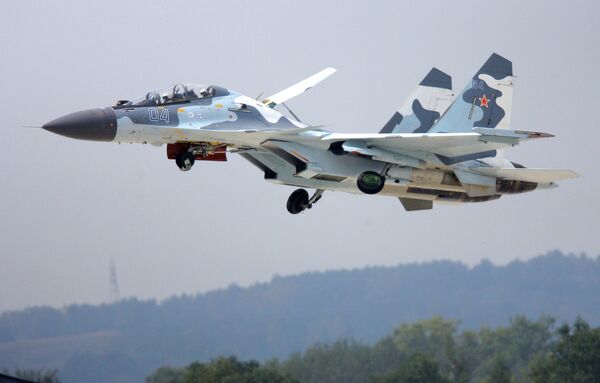 "According to the contract, the company will deliver 30 of these aircraft to the Russian Defense Ministry by 2015," he said.

The value of the deal was not disclosed.

The Su-30SM is a two-seat derivative of the earlier Su-27UB and the MKI variant supplied to India, and is capable of air-to-air and air-to-ground missions with a wide variety of precision-guided munitions. The aircraft features thrust-vectoring engines to enhance manueverability.

In August 2011, Irkut said it would deliver 40 Su-30SM aircraft to the Defense Ministry including 28 for the Air Force and 12 for the Russian Navy, replacing Su-24s in the strike-attack role, according to lenta.ru