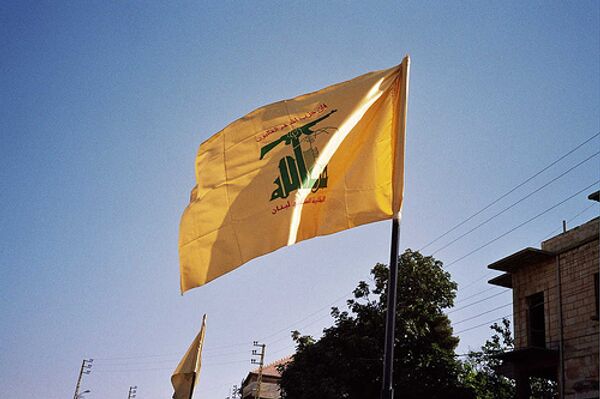 Syria has supplied Lebanon’s Shiite Hezbollah militia with advanced Russian-made anti-aircraft missile systems and is training operators how to use them, Israel’s Haaretz daily reported citing a high-ranking military source.

The Israeli Defense Force (IDF) is worried that Syrian deliveries of huge quantities of surface-to-air missiles could change the balance of power in the region and jeopardize Israel’s aerial supremacy.

"The potential for escalation in Lebanon is huge, and Hezbollah continues to strengthen with regard to long-range weaponry and potential 'surprises' on the battlefield,” the daily quoted the unnamed IDF source as saying.

The IDF did not specify the exact type of the anti-aircraft weaponry, but Russia’s medium-range Buk M1 and M2 (NATO SA-11 Gadfly/SA-17 Grizzly) could be among the systems in question, the paper said.

The source said Syria has made regular transfers of weapons to Lebanon, which began before the start of the current insurgency against Syrian President Bashar al-Assad last year.

"The more Assad loses his grip, the more the deliveries will increase. We're troubled by the transfer of strategic components from Syria to Lebanon, and if that happens, it might be cause for a more active response,” the source said.

“The provision of a more capable surface-to-air missile system such as Buk (SA-11 Gadfly) - should it have occurred - would mark a significant increase in the potential SAM threat," Barrie told RIA Novosti.

"The system has a maximum engagement range in excess of 30 kilometers. The overall system, however, consists not only of the tracked missile-launch vehicle, but also target acquisition radar and command post vehicles, and as such also brings with it a substantial training requirement,” he added.

At least three Syrian battalions operate the SA-17 Grizzly system and the Israeli Air Force has already altered some of its combat operations “on the northern border for fear of surface-to-air missiles,” Haaretz said citing the IDF.