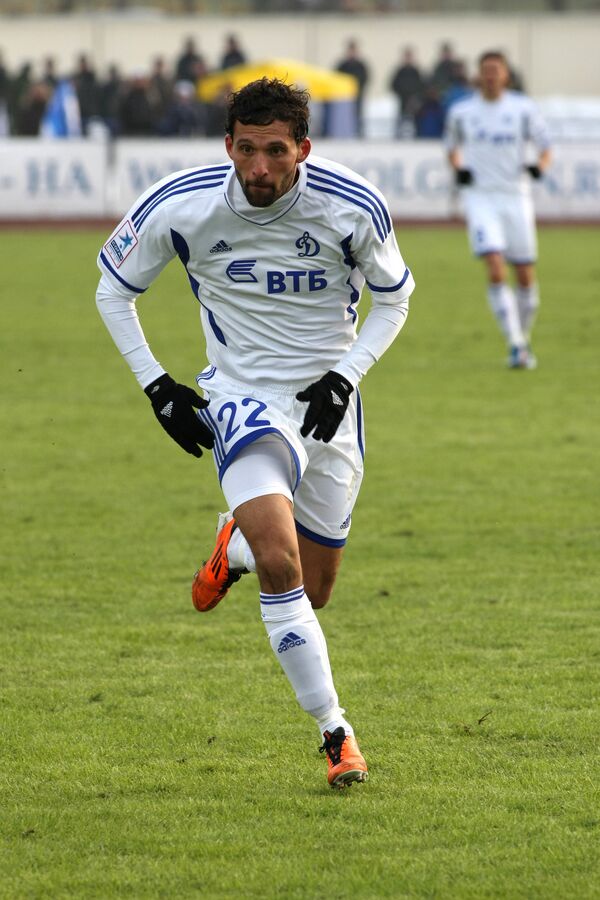 Silkin claimed the German forward was “making reduced demands on himself" after failing to score coming on as a half-time substitute in the 1-1 derby draw with CSKA Moscow last week.

“I always try my best, but that doesn’t automatically lead to a very good game. That’s not true for any footballer in the world,” Kuranyi said on his website.

Kuranyi, 30, has played regularly this season but scored only 10 times in 32 games, with a 12-match lean spell at the start of the season. He has fallen behind Igor Semshov and Andriy Voronin in the club's scoring charts.

Kuranyi signed a contract extension with Dynamo in November, committing him to the club until 2015, which he said was evidence that he was still driven to succeed.

“I’m ambitious, as always, and I’ve extended my contract with Dynamo because I still intend to achieve a lot with the club.”

Asked whether there was a rift between him and Silkin, Kuranyi said: “Absolutely not. I’ve praised him a lot because he does good work. And I believe that he knows what I can offer him.”

Kuranyi added that he was upset to start on the bench against CSKA. “I’d have liked to play from the start and was obviously disappointed.”

Dynamo are third in the table, eight points behind leaders Zenit St. Petersburg, who they play on Friday.

Kuranyi has scored 19 times in 52 games for the German national side.