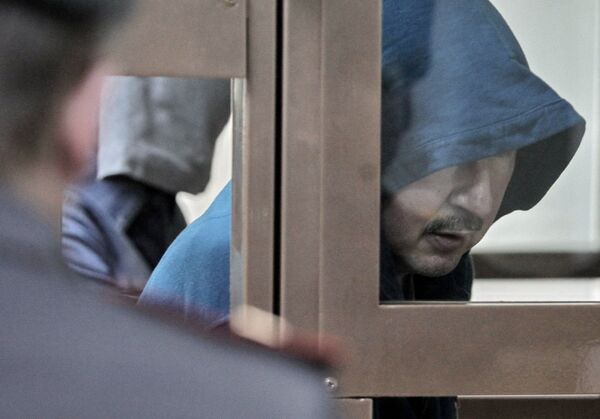 A businessman and alleged high-profile gangster who crossed the Russian government, according to Wikileaks, was jailed for 15 years in an extortion case in Moscow on Tuesday.

A businessman and alleged high-profile gangster who crossed the Russian government, according to Wikileaks, was jailed for 15 years in an extortion case in Moscow on Tuesday.

Vladimir Barsukov, 56, also known as Kumarin, was convicted of running a protection racket that saw a St. Petersburg-based company pay him 21 million rubles ($700,000) in monthly installments in mid-2000s.

Barsukov, whom witnesses at the trial called the head of the so-called Tambov criminal gang, threatened to seize real estate owned by the company through corporate raiding if it does not pay, the judge said.

The businessman, who was already given in 2009 an 11 1/2-year sentence for unrelated corporate raiding, pleaded not guilty, the same as in the previous case, and promised to appeal. His alleged lawyer accomplice was jailed for 10 years at the same trial on Tuesday.

Barsukov’s downfall was due to his attempt to take control of oil industry in St. Petersburg, which is tightly controlled by the government, said one email ascribed to Chaika.

This was something no mafia group attempted before, and prompted the ire of senior officials in the inner circle of then-Prime Minister Vladimir Putin, including Deputy Prime Minister Igor Sechin, added the letter, whose authenticity was never verified.

Criminal groups wielded huge influence over Russia’s economy in the first decade after the Soviet Union’s demise, but lost much of it after the “turbulent 1990s,” when Putin’s rise to power reinforced the law enforcement agencies, many of which are themselves accused by anti-corruption activists of running extortion rackets or illegally controlling businesses.