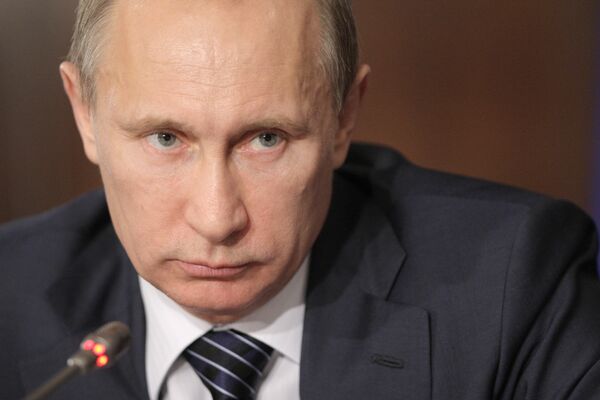 Vladimir Putin admitted on Tuesday that irregularities had taken place at March 4 polls that secured his election as president and called for a probe.

Vladimir Putin admitted on Tuesday that irregularities had taken place at March 4 polls that secured his election as president and called for a probe.

“There were, of course, violations,” Putin said. “We need to identify them all, weed them out and make everything clear to everyone.”

Putin was elected for a third term at Sunday’s elections with just under 64 percent of the vote. His nearest rival, Communist Party leader Gennady Zyuganov, took just under 18 percent.

“I’m counting on maximum control and monitoring of the situation,” Putin told lawyers at a Moscow forum.

Zyuganov and leaders of ongoing anti-Putin protests refused to recognize the polls as legitimate, citing widespread allegations of ballot-stuffing and multiple voting.

The Organization of Security and Co-operation in Europe said in a report that the election was “clearly skewed” in favor of Putin.

The polls also triggered protest rallies in Moscow and St. Petersburg on Monday that ended with scores of arrests.

But Russia’s election chief, Vladimir Churov, said the March 4 polls were the “most honest, open and transparent” in the world.

He also accused international vote monitors of “unacceptable attempts to penetrate into border areas, to closed nuclear centre, to rocket centers and so on.”

Putin was Russia's president between 2000 and 2008, when he was forced to stand down by the Constitution. He became prime minister after the inauguration of his hand-picked successor, Dmitry Medvedev.

Medvedev’s announcement last autumn that he would not seek a second term and would stand down in favor of Putin triggered resentment among Russia’s nascent middle class, which felt it was being denied active participation in the way the country is run.

Discontent spilled out on to the streets after parliamentary polls in December which saw widespread allegations of vote fraud in favor of Putin’s United Russia party.

Putin and Medvedev both said after December’s polls that claims of electoral irregularities would be investigated. Medvedev also submitted a bill on electoral reform that was approved by the lower house of parliament in a first reading last month.